Civilization VI releases on Linux with discount thanks to Aspyr Media 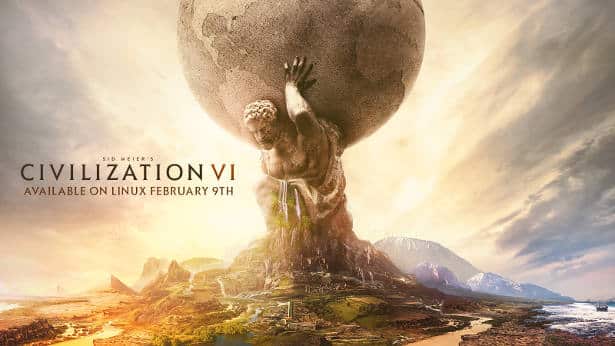 So After months of anticipation, #AspyrMedia have announced the release of Civilization VI now #live on Linux. News about the #game coming to Linux is huge, well for those of us supporting the platform. And the post on Twitter outlining news on Monday lives up.

Sid Meier’s Civilization VI offers new ways to engage with your world: cities now physically expand across the map, active research in technology and culture unlocks new potential, and com peting leaders will pursue their own agendas based on their historical traits as you race for one of five ways to achieve victory in the game.

So to express their appreciation for Linux players. Hence Aspyr Media discounted the base game on Steam for the special limited time with a launch price of $47.99 until February 13th.

Expand your empire further with the Civilization VI Digital Deluxe which includes the full base game, the 25th Anniversary Digital Soundtrack, and access to four post-launch DLC packs that will add new maps, scenarios, civilizations and leaders for a bundled discount of $59.99. The sales run until 12 p.m. CST Monday, February 13.

Multiplayer Between Linux and Mac’s

With the Linux release comes the deployment of cross-platform multiplayer with the Mac platform. Join the thousands of Mac players already expanding, exploring, exploiting and exterminating in the pursuit of global conquest!

Please note that cross-platform multiplayer is enabled between Mac and Linux platforms only. Cross-platform with Windows will be enabled at a later date.