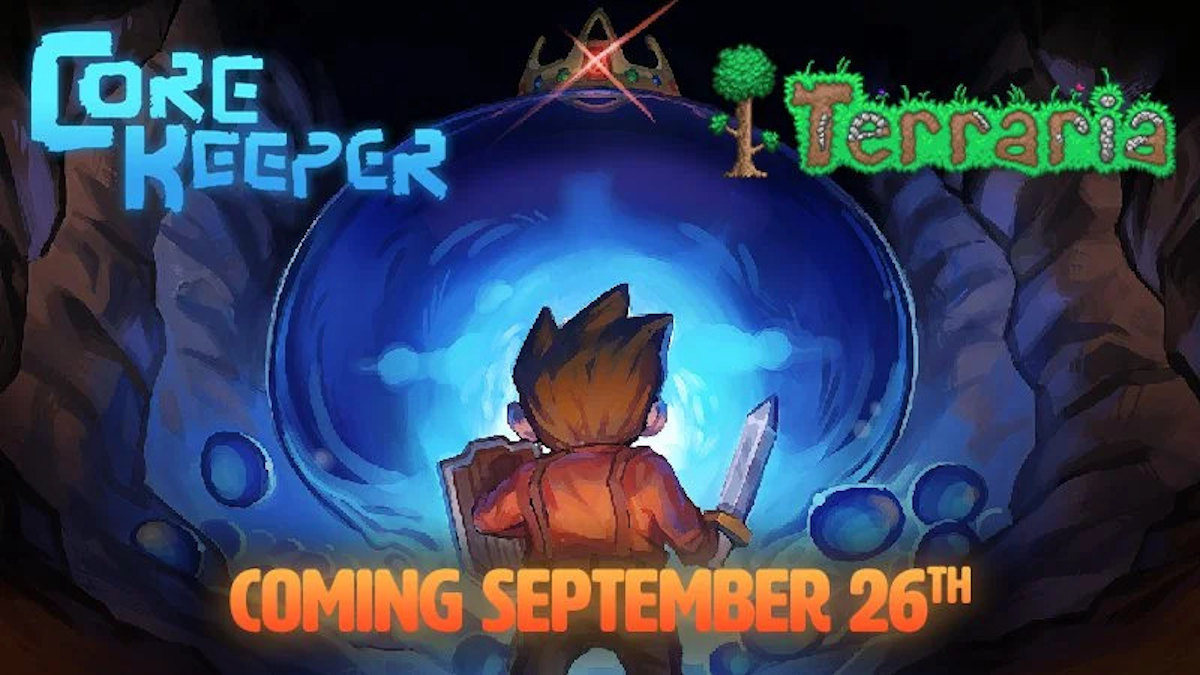 Core Keeper crossover game update with Terraria for Linux and Windows PC. Due to recent details announced from developer Pugstorm. The game is available on both Steam Early Access and Humble Store with 90% Very Positive reviews.

Regal blob King Slime has escaped the world of Terraria. Now due to be invading the underground caverns of Core Keeper. Which is coming in a new crossover content update available to download next Monday, September 26th.

The crossover content update is free for Core Keeper. Now King Slime squelches into the game as a new in-game boss. This boss can be spawned by placing a select royal accessory onto Glurch’s summoning circle. Battling King Slime may be a test for you, but it could definitely be worth your while. Rumour has it that by defeating King Slime, players will score some exciting new loot. Which is due to make them the envy of their fellow explorers.

And that’s not all for Core Keeper and Terraria fans. Available in Terraria’s upcoming 1.4.4 update, a new Caveling pet, the friendly Caveling Farmer. This can be summoned to follow your Terraria character in their adventure. As well as offer a little moral support wherever you go. Once the update launches, Terraria players will be able to summon the Caveling Farmer into their game. Doing so by using a special item that you will know from Core Keeper.

Released on Steam Early Access earlier this year and with over 1 million units already sold. Core Keeper is a 1-8 player mining sandbox adventure. All takes place in an ancient cavern of creatures, treasures, and trinkets. Mine relics and resources to build your base, craft new equipment, and survive. Defeat giant monsters, discover hidden secrets, and farm crops. You can also go fishing, cook new recipes, and explore a procedurally generated underground world. All due to unravel the mystery of the ancient core.

The next major content update for Core Keeper is The Desert of Beginnings. This will bring a brand new desert biome and scorching new ‘Molten Quarry’ sub-biome. Along with a range of new enemies, weapons, and equipment. Plus a new boss, vehicle type, and more when it releases this November.

Terraria is available on Steam, GOG, and Humble Store. Including support for Linux, Mac, and Windows PC.