Costume Quest 2 is now available for Pre-order for Linux, Mac and Windows PC 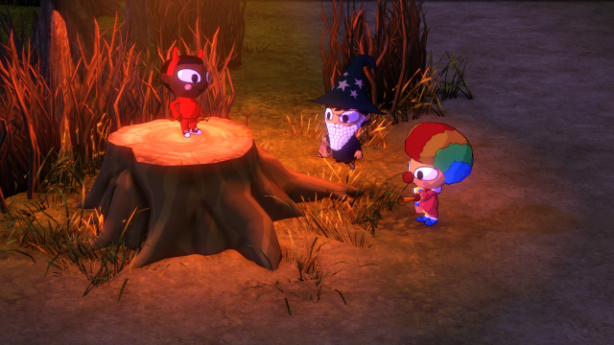 Double Fine’s Greg Rice said: “People have been asking for it forever. I think it’s that every Halloween you’re reminded about the game. We have a lot of people who are coming back to us saying they replay it every year.” The original Costume Quest was released in 2010.

The four included costumes are the Robot, Unicorn, Eyeball and Pumpkin. Each costume comes with its signature ability, Double Fine says: “Mow through Kronys with the Robot’s ‘Missile Barage’ or bring back KO’d friends with the Unicorn’s ‘My Pretty Panacea.’ Pumpkin can devastate groups with an ‘All Hallows Eve’ wind attack, while the Eyeball unleashes tears of fury via the ‘EYE-agra Falls’ ability.”

This holiday season, Costume Quest 2 allows everyone to partake in the most sacred of all tasks: Saving Halloween. It’s due out on PS4, Xbox One, Wii U, Xbox 360, PS3, PC, Mac and Linux, published by Midnight City and developed by Double Fine.