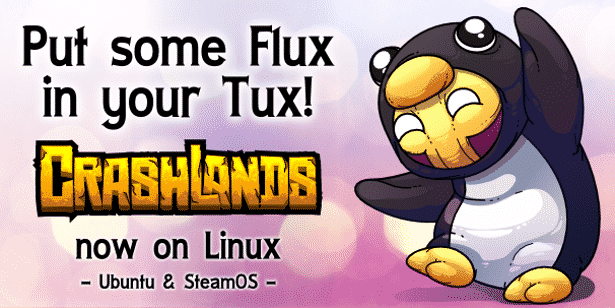 Crashlands open world adventure RPG gets Linux support on Steam. So if you are keen to RPG’s and you like crafting. Then you are in luck with this singleplayer release.

So making your way through Crashlands, a story-driven ARPG with official native support:

Crashlands now officially supports Linux! Our brave testers experienced it all. From bugged HTTP functions and dropped scrolling controls to UI’s that appeared whenever they freakin’ felt like it! Just look at this overlayed mess:

We’d like to say a big thanks to those Linux testers who paved the way for today’s launch. While this build was more complicated than we anticipated, it really showed us the patience and warmth of the Linux gaming community.

So, without further ado, Put some Flux in your Tux and have a great holiday!

P.S. – Feel free to join other Linux users in the Crashlands Linux Discord and let us know if anything is broke.

Crashlands for Linux is only available on Steam at ‎$14.99 ‎USD. So GOG and Humble Store support will likely get an update soon.