Crazy Justice third-person shooter is coming to Linux, Mac and Windows soon. Meanwhile the developers, Black Riddles Studios also include cross-play. So Nintendo Switch and Xbox One players can play together with PC.

The first Battle Royale game, Crazy Justice comes with multiplayer gameplay. So players on Linux, Mac, Windows Nintendo Switch and Xbox One will be able to play with others. Al while on different online multiplayer networks.

In Crazy Justice you can select from 20 different heroes. All of them has different special skills and a customizable skill deck. So you can fight against the 99 other players. Which makes for some impressive gaming with that cross-play feature.

While also completing dozens of missions, find new heroes, gather new special weapons and eliminate the steampunk hordes. So you can immerse yourself in a beautifully detailed, cel-shaded steampunk world. Which also spans locations across the globe.

Pre-order’s are still on Fig and the official website’s store. The release is also coming up soon, although no official date. It’s been hinted at June, but again that’s not official. But previous news we received also state Q2 2018 via Steam. So here’s hoping.

So for a limited time, grab the Steam pack for $15 USD (12 EUR). The game arrives with 23 selectable heroes, customizable skills decks with splitscreen. Which I am eager to test out. And hopefully works on Linux. Also Battle Royale (against AI as well), Battle Skill Royale and many other multiplayer modes.

Since it supports Cross-Play between Linux, Mac, Windows, Nintendo Switch and Xbox One. This is going to mark an epic release if does happen this month. 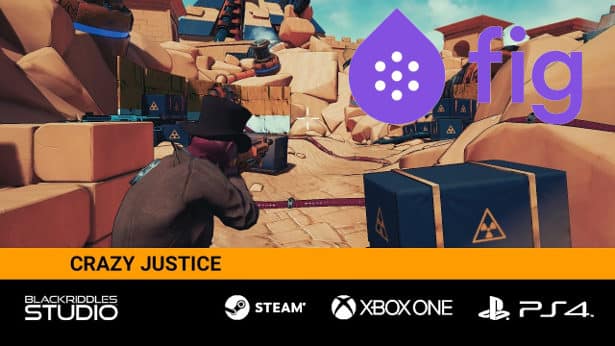