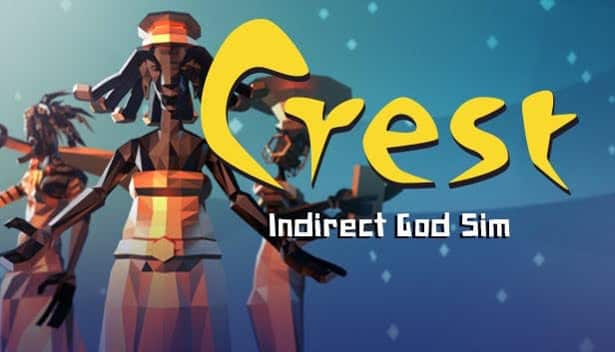 Crest has new game changing “Relaunch” update for Linux, Mac and Windows. All thanks to indie developer Eat Create Sleep, releasing the update for free on Steam. The update addresses player feedback to vastly expand the game and refresh core mechanics. Available now on both Steam and Humble Store.


Crest offers a unique take on the traditional god sim, where your word is gospel. Since players control and guide their followers. Issuing commandments written in an evolving pictographic language.

How the player’s commandments are interpreted and remembered is not set in stone. So what you communicate and what experiences your followers have with the environment is the basis for their religion. Therefore, over time, commandments can develop different associations and completely change their meaning. After all, the followers still have free will, and will sometimes do what they think is best for them. Regardless of what you had in mind. Will they love, respect or fear you?

About the “Relaunch” update:

Crest has been continually updated since its launch in March 2018. The new update is the biggest for the game yet.

The revamped association system now allows your followers to create associations between events, objects and ideas based on their lives. What your followers experience and learn to fear, love and respect will shape the individual tales told as the story of each unique civilisation unfolds. Other major features include a new progression system called “The Book of Learning” adding plenty of objectives and replayability to the game, and a completely reworked “Doctrine” system, alongside smaller changes like updated UI, new follower behaviors, re-worked city functionalities, updated visuals and more.

Crest with the new changes comes free on Linux, Mac and Windows. While the game itself is priced at $9.99 USD on Steam and Humble Store.

Crest gets Exploration Update and Discount