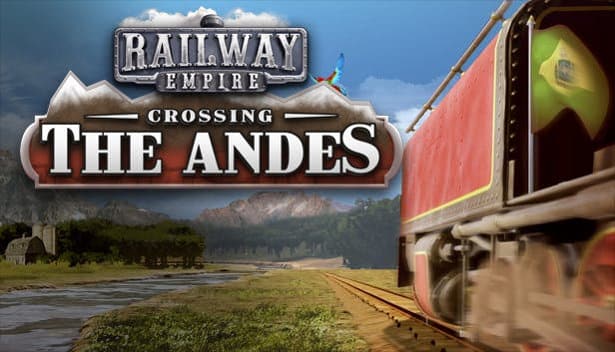 Railway Empire releases the next DLC, Crossing the Andes for Linux and Windows. Since Kalypso Media are eager to announce the next adventure on Steam, GOG and Humble Store.

So in Crossing the Andes, players will take on new journeys in the depths of South America in the early 20th century. Where a hoard of exotic new resources are ripe for the picking. And plans for crossing the Andes by train are also drawing attention from investors. Unforgiving mountains and relentless jungle terrains will make this challenge a tough one for even the most experienced tycoons.

New features in Crossing the Andes also include a trio of new scenarios. Since this coveres the early history of railway pioneers in the Andes. A brand-new ‘South America’ map for Free Game and Sandbox modes.
Also more than 10 new goods including llama wool and guano. There are 34 new cities to discover and two new engines to power you expanding network. These are the Kitson-Meyer (0-8-6-0) and the Garratt (2-6-0-0-6-2).

In Railway Empire, you will create an elaborate and wide-ranging rail network. Also purchasing over 40 different trains modelled in extraordinary detail. And buy or build railway stations, maintenance buildings, factories and tourist attractions. All to keep your travel network ahead of the competition.

You’ll also need to hire and manage your workforce. Since you have to ensure an efficient train service. Whilst also developing over 300 technologies ranging from mechanical improvements to the trains themselves. As well as workplace infrastructures and advanced amenities. While progressing through five eras of technological innovations.

However, you can’t just build and research your way to the top. Since the competition never sleeps, and to keep your business on track. Players will have to survive against up to three rival tycoons. To get to the top you may have to resort to more cutthroat tactics. Since you will need to attack and sabotage your opponents through raids and industrial espionage.

Crossing the Andes is releases now for Railway Empire on Linux and Windows. Also priced at $6.79 USD which includes a 15% discount until October 26th on Steam, GOG and Humble Store. Where the price returns to $7.99 USD.