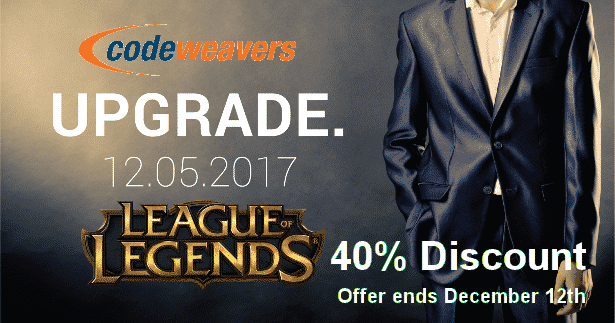 CodeWeavers releases CrossOver 17.0.0 with a discount and League of Legends support for Linux. The games still popular and now quite playable in 2017. That is if you’re a League player. Mind you, being that the base games free to play. This might be your chance.

So the latest build also supports Microsoft Office 2016. This is the newest Microsoft Office suite. Since you can now install Office 2016 Home and Office 2016 Business from your Office 365 account. So this might be great if you use a business account for work. Or you just like using the full featured versions of these products.

Enter “LGC40” for 40% off discount or the one year subscription of CrossOver! Offer ends next Tuesday, December 12th, 2017 at 12am EST

CrossOver 17 is the easiest way to run Microsoft Windows apps on Linux. That is without buying a Windows license. Or having to dual-boot or using a virtual machine. CrossOver Linux makes it easy to launch Windows apps natively on the desktop. Integrating Linux functionality like cross-platform copy & paste. As well as shared file systems to your Windows applications.

Since more people have Wine installed or PlayOnLinux. It seems a paid version sometimes presents the better answer for gaming. Personally I run the PC version of Steam in CrossOver. Which seems to just run better than PlayOnLinux.

If CrossOver asks for registration use your codeweavers.com email address & password to register and unlock CrossOver.