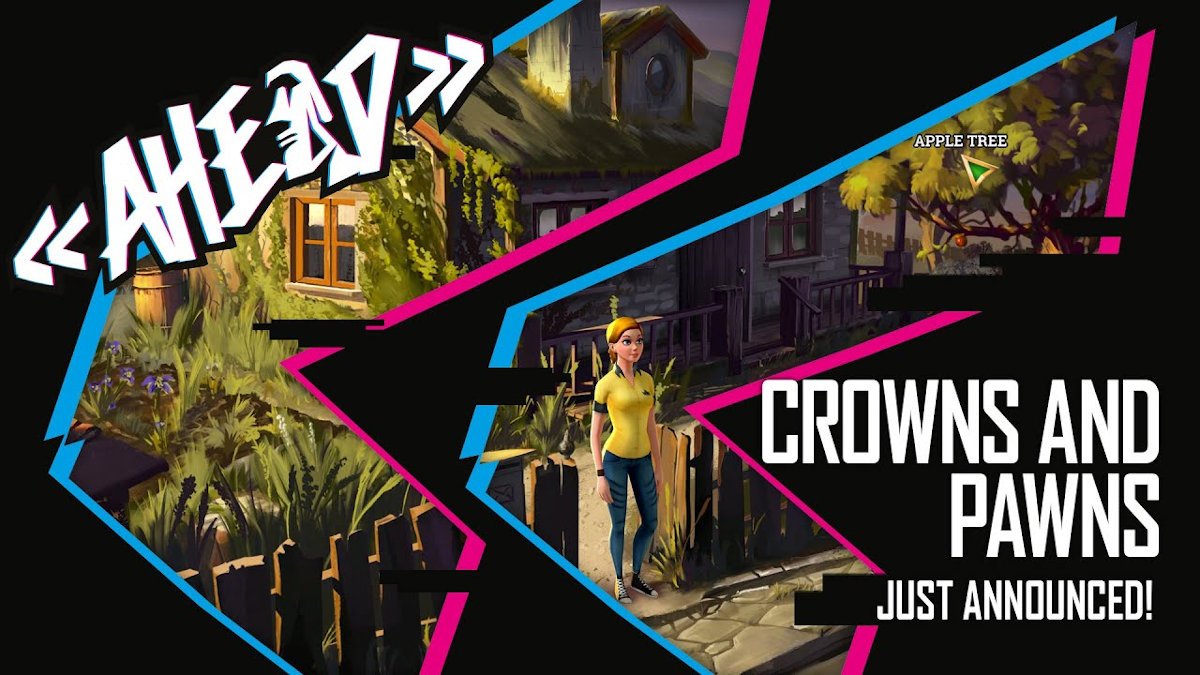 Crowns and Pawns: Kingdom of Deceit hand painted point and click adventure coming to Linux, Mac, and Windows PC. Thanks to the creative efforts of developer Tag of Joy. Due to make its way onto Steam.

After the success of The Inner World and Trüberbrook. Now Headup are announcing Crowns and Pawns: Kingdom of Deceit. This will be their next beautifully hand painted point and click adventure. Developed by the Lithuanian team Tag of Joy. Which is also led by the art director of Broken Sword 2.5. The game will take the players to a vivid modern Europe, zesting for life. Due to be released on Linux, Mac, and Windows PC in 2022.

The Crowns and Pawns: Kingdom of Deceit story follows a girl from Chicago, Milda. While she unexpectedly receives an estate from her grandfather – a house in Lithuania. She sets off to Europe, but an unknown stranger threatens her upon arrival. While demanding that she give up her inheritance. Determined and intrigued, she explores the run down house. As a result, discovers old documents and clues dating back to the 15th century. In no time, Milda gets dragged into a dangerous search for a long lost mysterious relic.

The tech behind the game

”In the game, we use 2D hand painted backgrounds that we project on a 3D world and blend them with 3D characters”, says game director Šarūnas Ledas. “As challenging as it may be, this allows having various visual effects in the game: smart lighting effects, real time shadows, 3D depth effects (parallax), which react to the cursor’s and the main character’s positions in the scenes.” What’s more, many of the scenes in the game have various perspectives and camera angles, from traditional side view to top-down.

Wishlist now on Steam. Stay up to date by following Crowns and Pawns: Kingdom of Deceit on Twitter and Discord.

If you like to learn more about the point and click game right from the developers. Check out this part from last week’s AHEAD live stream.

Crowns and Pawns: Kingdom of Deceit out in May

Crowns and Pawns: Kingdom of Deceit gets a Demo