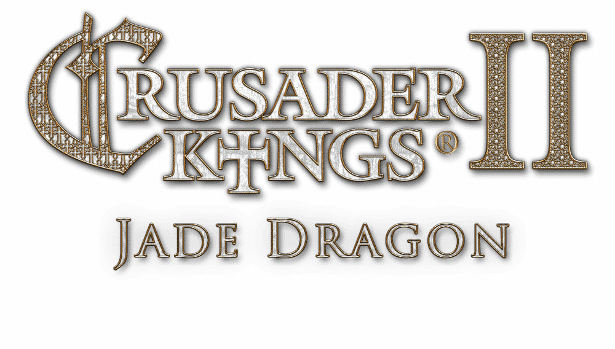 Since Paradox Interactive have yet another announcement. Hence the stately pleasure palace devoted to ambitious rulers. Since they hail from all corners of the globe. So we now have a new expansion coming soon. Which of course, the games content will release on Linux, Mac and Windows. So this is the 28th expansion, now coming soon to Crusader Kings II. This is insane.
In Jade Dragon, the richest empire on earth looks to the west. All to seek it’s subjects and adventure. Check out Paradox Plaza and the product page via Steam.

In Crusader Kings II: Jade Dragon, Paradox Development Studio introduces the Empire of China. So as an off-map influence that can give great rewards or great dangers. All to those whose realms lie in the shadow of the Dragon. Therefore go ahead and flatter the Emperor with gifts of gold or concubines. Ask favors from the mighty prince. Stay on the good side of his appointed marshals on your borders.

What’s the old saying about crisis being both “danger” and “opportunity”?

Paradox hopes you are not too Jaded to enjoy a new trailer:

So for more information about Crusader Kings II, visit Paradox Plaza and the games product page via Steam. Coming to Linux, Mac and Windows soon. No release date or pricing details are available yet.