#Crytek‘s CryEngine is once again in discussion due to the #upcoming #support for the Vulkan API. A plan originally outlined for release in mid-October, which will also implement some significant changes for the development engine.
CryEngine, a popular royalty free, game development platform has been used for the Crysis series, Ryse, Star Citizen, the Sniper series, the new VR friendly titles like Snow and The Climb has further changes. 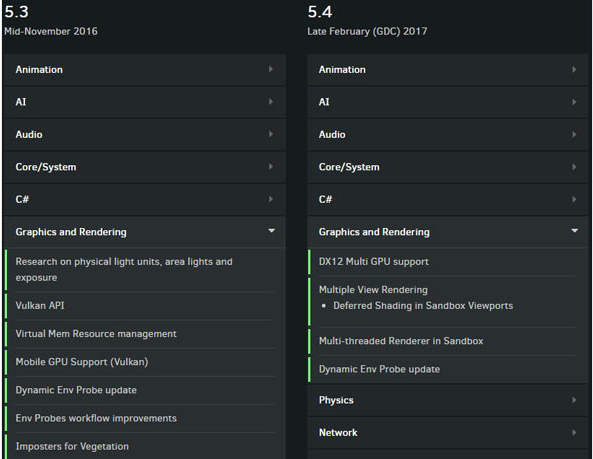 The Vulkan API support schedule we thought was in place has been changed to mid-November for the coming CryEngine 5.3 release. A setback for the community, but one that could help developers enable future support of their games on both Linux and Mac. You will also notice a new feature in 5.3, the support for Mobile GPUs using Vulkan. Google has also announced its use of the Vulkan API for 3D Graphics in Android. Hopefully with Crytek updating its engine to support Vulkan other popular development platforms, namely Unreal Engine 4 and Unity, will also see updates and pass on the benefits of Vulkan.

This change is significant due to the upcoming release of Homefront The Revolution, which was expected sometime in October. This new Vulkan schedule will likely mean a later release for the first-person shooter, possibly late November.
We will post more details as information becomes available.