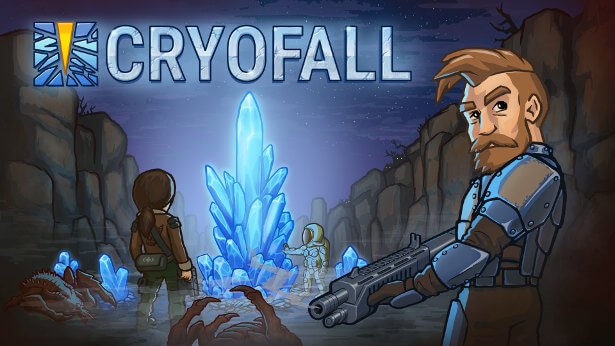 CryoFall multiplayer survival RPG games in Early Access for Windows with Linux support coming. We reached out to developer AtomicTorch Studio. With some great news. Since the game just released on Steam.

The CryoFall developer is working with publisher Daedalic Entertainment. And since the release is now on Early Access. This is a unique multiplayer sci-fi experience. Which will also challenges players. As they work to survive on a harsh, alien planet.
Gameplay is a mix of Stardew Valley meets Don’t Starve Together. While including a Minecraft vibe.
There are also official and community servers. All hosting endless worlds for up to 200 players each.

“Unfortunately not right now. But we are absolutely dedicated to provide a linux port eventually.
We have released linux ports for all of our previous games. And we certainly want to continue with it for CryoFall.

We are using our custom engine (Renkei engine). And for visual part we are using MonoGame.”

So Unity 3D is not being used here. And seeing as how AtomicTorch Studio games have support. When they outline that a Linux port is coming. But not right now, with no specific release date. It gets worse, testing CryoFall with Proton borked.

CryoFall delivers a complex survival gameplay. This also means endless options for players. So you can make your own mark on your world. Discover new ways of farming. As well as hunting and cooking.
Also crafting, mining, building and trading. With multiple jobs available for each character.
The challenges of staying alive push players. So they can choose between working together. Building a functional new society.
Doing so in an effort to learn the secrets of the alien world. Or bow to the most basic of urges. Trying to take what others work to build.

But exploration is also demanding. So you have to work on the survival of your new society. Which rests not only on you. But also your fellow players. As well as exploring the strange new world around you. Plus a bad landscape full of hidden labs to unearth. Exotic alien life forms to harvest and fight. So the challenge is up to you.

CryoFall is available now on Early Access. The multiplayer survival RPG is only for Windows. Priced at $19.99 USD, £15.99, €19.99.
There will also be regular updates over the next 12 months. AtomicTorch Studio detail development in their roadmap. Which will continue to change. All based on community feedback. This also includes support for Linux and Mac.

Force of Nature 2: Ghost Keeper due to get a port