Interwave Studios, the company behind the much-discussed Metroid-like #DarkMatter, says that it is working on an ending to its #game — but there’s a little more to the story.

The Iceberg Interactive-published Dark Matter was #pulled from #Steam and #GOG.com this week, after it emerged that the game did not have a proper ending. Players who reached the end of the game are told “To be continued” — although no sequel is planned.

Interwave, the studio behind the game, has now said that this abrupt ending was as a result of its Kickstarter failing earlier this year, and that it would be adding an ending in a later patch.

“At present, the end of the game may cause confusion and is not satisfactory,” Iceberg CEO Erik Schreuder admitted. “We sincerely apologise for this, as it is not of the standard we would expect. We are working to offer a more conclusive and satisfying ending to the game as we speak and expect a fix to appear as soon we are able to.”

A source close to the studio told Gamasutra that Interwave is now a “sleeping company,” with only a bare minimum of management at the studio, and insufficient developers to finish the title under current staffing levels. However, it’s unclear whether third-parties would be able to finish the game separately of the original team.

UPDATE: Another source close to the studio has told Gamasutra that an external company is now handling the game’s ending, and that none of the original developers are still working on the game.

The entire Interwave team, minus two management staffers, were let go during July and August. When the Kickstarter failed, the original idea was to package it up as Dark Matter: Episode 1 and use sales of the game to re-hire the original team and carry onwards — however, this plan fell through.

As reported yesterday, players were incensed by the cliffhanger ending seen in Dark Matter. Instead of a satisfactory conclusion, the game simply offers players an abrupt “To be continued …” despite a notable lack of current plans for a sequel. Complaints about the ending poured in so rapidly that both Steam and Good Old Games opted to give customers refunds for the game.

Linux support for Nuclear Dawn is moving out of beta 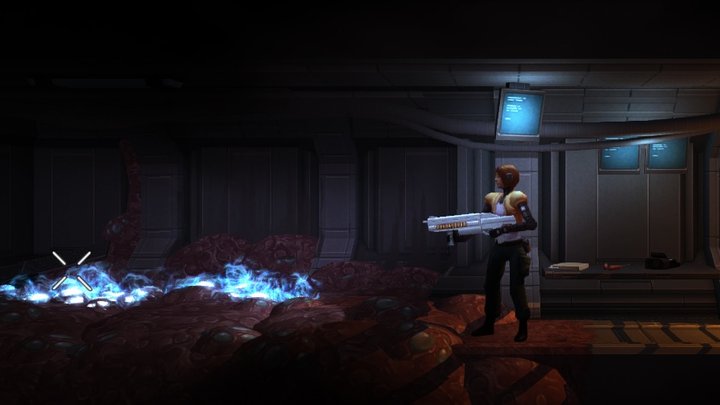