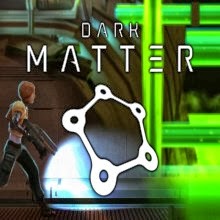 Iceberg Interactive has announced that #Dark Matter is now available for #PC, Mac and #Linux for $13.49.

Veteran video #game publisher Iceberg Interactive announced today it is tapping into gamers’ inner xenophobe by announcing that the action-packed, #horror #survival side-scroller Dark Matter is available today on Steam as well as GOG.com, with other digital portals and English and German retail stores releasing the game tomorrow. Dark Matter is simultaneously launched for the PC, Mac and Linux platforms and players can pick it up for $13.49 (includes 10% launch discount).

“With Halloween right around the corner, this is the perfect time of year for players to immerse themselves in a dark and eerie world,” says Iceberg CEO Erik Schreuder. “With a deep, compelling storyline and deadly alien parasites threatening your every move, we hope players pick up Dark Matter and take out the bad guys!”

Developed by InterWave Studios, Dark Matter takes gamers on a tactical 2D adventure set in space and filled with vicious alien enemies. The game is set in a derelict spaceship inundated by a sinister alien presence and infested with deadly parasites. As the Ensign, players must explore the adrift spaceship Endeavour through echoing, fetid hallways and facilities, scavenging for parts and blueprints, while expanding their arsenal and customizing their combat style against the intelligent and reactive enemies.

Dark Matter is a unique spin on the survival horror genre, set in deep space, with a heavy emphasis on hard-hitting tactical combat and exploration in a beautiful 2D/3D setting. This unique side-scrolling action/survival horror game presents players with heavy tension, as they must decide whether to use environmental resources to prevent an unknown alien presence from ravaging them to pieces, or skillfully wield upgradable weapons one bullet at a time to stay alive.