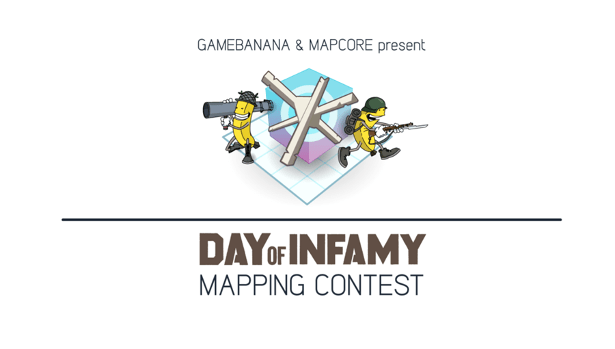 Since New World Interactive issued the beta release. The developers are excited to announce a special live #gameplay #broadcast. Hence these are the finalists shown in the Day of Infamy livestream map contest. Sponsored by Gamebanana, Mapcore, and Corsair. So the livestream can be viewed at Twitch.tv/NewWorld this Sunday, Jan. 15 at 12 p.m. EST.

So recently, New World Interactive announced the top ten entries outlined in a blog post. The top five contest entries will be announced and playtested on the livestream. “We at New World strive to recognize and promote our talented community members, who want to make our games even better,” said New World Creative Director Andrew Spearin. “We are excited to bring the finalists to the community to hear what everyone thinks of the maps in action.”

From entrenched shores to battered streets, Day of Infamy takes the player into intense close-quarters WWII infantry combat. What started out as an Insurgency mod has transformed into a full-fledged standalone game built with Source Engine. Inspired by Day of Defeat, Day of Infamy builds off the atmosphere and nostalgia of this classic experience, but adds more visceral and intense core infantry mechanics.

So back in November, New World Interactive has released a massive update to Day of Infamy. Hence the “The Dismemberment Update.” The update includes character dismemberment, a new map named Salerno inspired by the Avalanche map from Day of Defeat, and a multitude of new weapons across Linux, Mac and Windows PC.

Since this is the first of only a few major updates planned for the game since it launched in July. New weapons include the Browning HP, Thompson M1A1, TNT/Sprengbuchse explosives, Panzerschreck, Nebelhandgranate and for co-op only the scoped M1C Garand and suppressed Sten Mk. V.

Day of Infamy is currently available in Early Access for $19.99 on Steam for Mac and Windows PC (Linux as well).