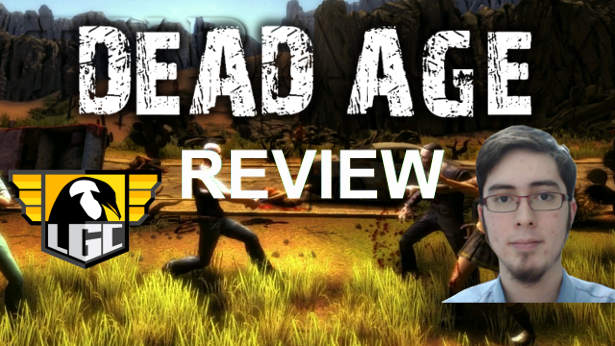 With more multi-platform goodness out on Steam, we now have Dead Age. Dead Age is available for Linux, MacOS, and Windows.

This new indie title comes from SilentDreams and Headup Games. A Unity3D title, it brings with it survival RPG elements intertwined with turn-based fighting mechanics.

Story behind the review video

Dead Age takes place in an apocalyptic America. You start out as a virus outbreak just happened, and you’re looking for your sister. Almost immediately, the game places you into battle. Despite being an indie game, Dead Age guides you through how to play the game. This is a pretty crucial point that a lot of indie games tend to skimp on.

Dead Age takes you through it’s story one day at a time. There is a happy ending, but there’s also bad endings. It all depends on how you play, who you work with and whether or not you live or die. The story is not as in-depth as one would hope for, but it does do a good job of keeping your desire to survive another day alive strong. Probably the most enjoyable storyline aspect of Dead Age is talking with the other survivors you come to meet with. You can choose what to talk about, and you can even at times skip certain things you don’t want to talk about.

You’ll find that even if you do die, you can restart the game whilst still retaining certain stats. You’ll also unlock other skill focused options when starting a new, as long as you’ve completed the required actions in your previous playthrough.

Usually when one hears of the zombie apocalypse game genre, one would imagine first-person shooter action style gameplay. Dead Age breaks away from this, by introducing turn-based fighting mechanics into itself. Instead of aiming for headshots, you’ll find yourself focusing on tactics instead. Using skills or specific weapons to take out enemies quickly, whilst still thinking about the next fight afterwards.

True to it’s Steam tag, Dead Age takes the survival RPG mechanic seriously. You have a camp, with survivors who in time come to stay there with you. For each survivor, rations are needed. You have to find time to hunt for these rations, whilst also focusing on the many time-restricted missions each survivor may give you. You’ll get loot after each battle, and you’ll find events in between fights where you can scavenge. You won’t always be successful though. You can even send other survivors out on jobs to hunt, guard, build ammo or even armor. You’ll have to level them up first in battle with you before they have the necessary skills. To survive, you cannot rely solely on your character. This consideration for team work is a pretty neat aspect of Dead Age’s design.

Dead Age auto saves your game at the beginning of each day, and there is no option for a manual save. This means that you really will have to focus on survival, and try not to screw up during the day. It has this restriction so that you feel the worry of misusing something you have, and will instead pay careful attention to maximizing your inventory.

Whilst Dead Age does have re-playability, and surprisingly fun gameplay, it does fall short in a few areas. Namely, character animations during fight scenes and the game’s sound and music. For it’s asking price and likely low development budget, the character models used within the game are understandable. Yet, the awkward attack animations a lot of the models have really bring down the overall quality of Dead Age visually.

It also seems to struggle with it’s audio, whether by design or due to bugs. When shooting any ranged weapon or receiving damage, the sound effects play in mono on only one side rather than in stereo on both sides. The background music also leaves quite a bit to be desired, and can get tiresome to listen to over time. With little to no options to modify how sound works, you’re stuck with what it has. Overall, Dead Age is quite a grab at it’s asking price and isn’t all that shabby. It’s unlikely to win any awards, but it can serve you fun for a weekend or more!

This has been a review by Penguin Recordings. If you’d like to see more content check out my review and video of The Dwarves.
channel: PenguinRecordings

If you’re interested in purchasing Dead Age, then get it Steam for Linux.