Dead Cells getting closer to a native release

Dead Cells is an impressive roguevania action game for Windows, which we know is coming to Linux. Well it seems the release is getting closer now.

Motion Twin are keeping are busy with development. While the SteamDB page shows that Linux is indeed closer to a public release. Along with recent updates. 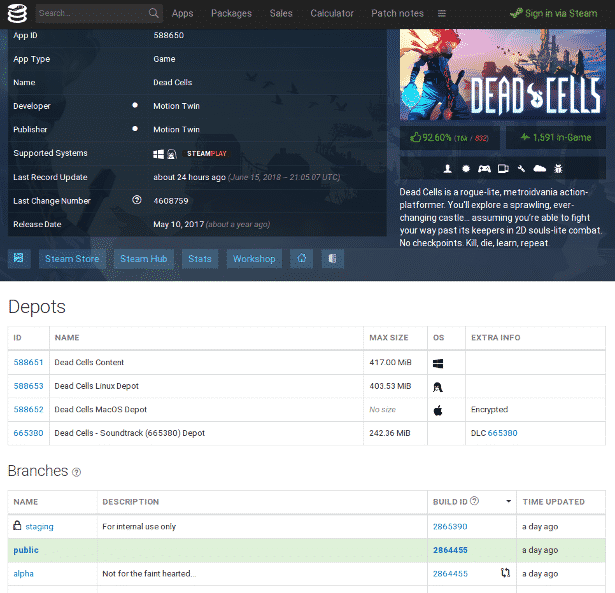 This is some great news, since the roguevania action-adventure game is still on Early Access. Where the games also been available for more than a year now. It does work quite well on Linux via Wine. And the closest thing we have to native support at the moment.

Motion Twin’s plans are to develop Dead Cells for 12 months in Early Access. Which we have clearly passed.
Also taking into account community feedback and requested features. While ultimately aiming to at least double the currently available content.

Well, hopefully before the end of the Early Access period this August we will have a Linux release.

Dead Cells combines the progressive exploration of a Metroidvania game. Along with the high-stakes replayability of a Rogue-lite inspired game. Special powers are available that unlock new areas and paths, secret rooms, big boss battles and other types of character progression.

Randomized loot, fluid and fast-paced combat are complementary to the replayability of rewarding permadeath game design.

So as you would guess, Dead Cells is available on Steam Early Access and Humble Store. While on GOG, there is a 33% discount of the $19.99 USD for Windows PC. Again, if you want to play via Wine, it works.