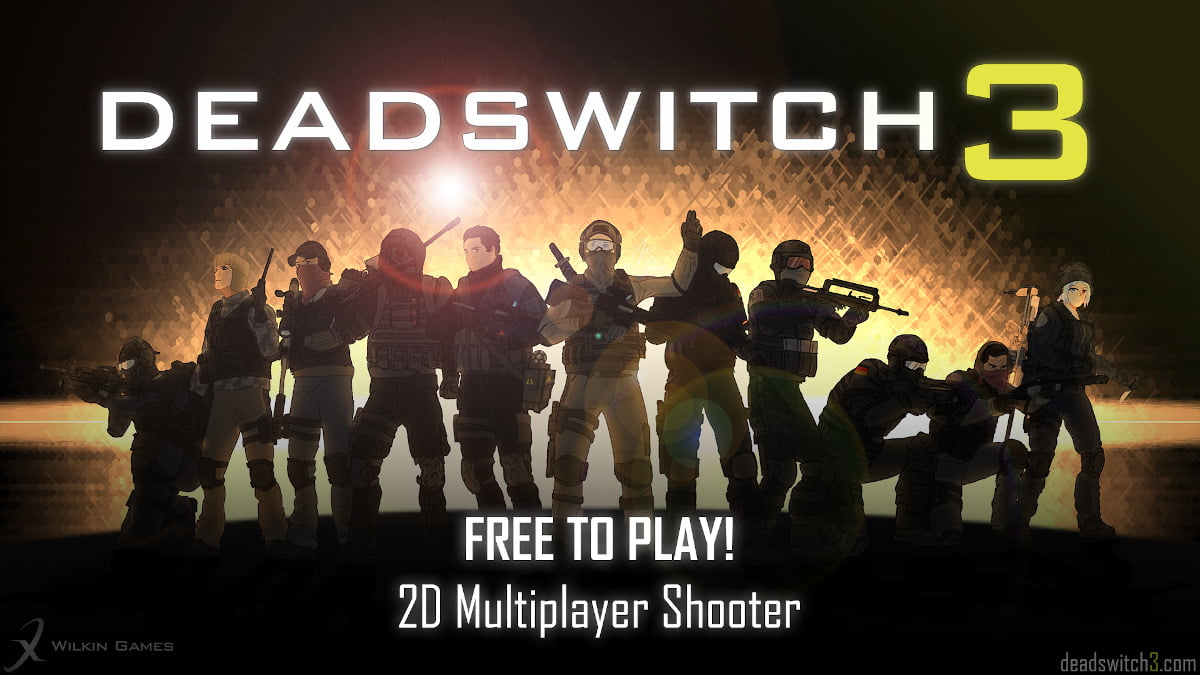 Deadswitch 3 2D multiplayer shooter to hit Steam via Linux gaming along with Windows PC. Thanks to confirmation from Wilkin Games. Which is currently available with native support on Itch but coming soon to Steam.

The live release of Deadswitch 3 on Steam is great to see. Since this is the first time the franchise has been available on the platform.

Deadswitch 3 takes all the favourite elements of the first two games. While establishing themselves as favourites amongst fans of guns and explosions. This release takes them to the next level. While support in Linux gaming only exists on Itch.io, for now. But it seems there will be support on Steam as well. In an email, Wilkin Games state the following.

However Steam builds for Linux/Mac should be released in the upcoming weeks.

Deadswitch 3 does not have an exact release date. Since this is the first time the franchise is on Steam. But, never the less, we can expect to see a native build for Linux gaming soon. Making it possible for Linux gamers to get into PVP and online co-op easier.

RANKED PROGRESSION
Progress through the ranks by earning XP in Deadswitch 3 by killing enemies. Also, scoring objectives, and completing challenges. Unlock new weapons, attachments, perks, and killstreaks. Since they can help you achieve victory in combat. Play solo or team based game modes with other players online. You can also play local games against bots to hone your skills.

OBJECTIVE-BASED MISSIONS
Play solo or team up with a friend to complete objective based Operations. Turn up the difficulty to earn Operation Stars and other rewards. While you decide on the best strategy to complete each mission. Since you can go in loud or use stealth as your friend.

CO-OP SURVIVAL
Play one of many Deadswitch 3 Survival modes and last as long as you can against endless waves of terrorists, helicopters, zombies, and other creatures. Submit your score in the worldwide leaderboards.

Download Deadswitch 3 on Itch for Free via Linux gaming, Mac, and Windows PC. But you can also expect the same 2D multiplayer shooter support on Steam soon. Stay tuned.