Deep Silver acquires Homefront and will continue development on The Revolution 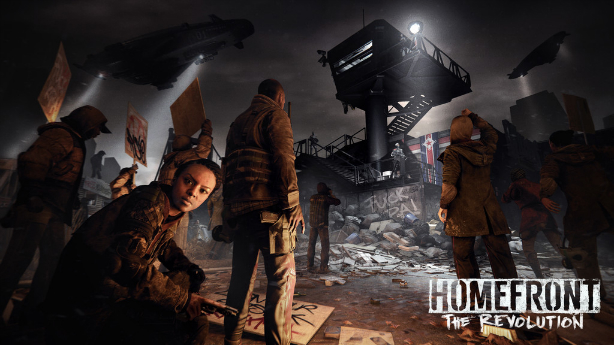 Clearly tired of #Crytek’s “transitional phase,” publisher Deep Silver’s parent company has acquired the Homefront intellectual property and related assets from Crytek. Homefront: The Revolution was under production at Crytek UK, with recent reports declaring #production had halted and the game’s director resigned.

“We strongly believe in the potential of Homefront: The Revolution and trust in the new team to continue the path they have been walking in the last years,” said Deep Silver CEO Dr. Klemens Kundratitz.

We have acquired all rights to the @homefrontgame IP and will continue development of Homefront: #TheRevolution. Stay tuned for more news.

The game will now be completed by the newly founded Nottingham-based Deep Silver Dambuster Studio. We’ve followed up with Deep Silver about whether staff from Crytek UK is transitioning over and will update with any further details.

Koch Media and its publishing arm Deep Silver have acquired the rights to the Homefront franchise, including rights to the in-development title Homefront: The Revolution and all of its assets.  Homefront was originally developed by Kaos Studios (deceased) and publisher THQ (deceased). It was then purchased by Crytek (currently in trouble) for a half-million dollars and given to Crytek UK, formerly known as Free Radical, which itself was a studio with a troubled past – remember Haze?

Homefront: The Revolution now delayed until 2016