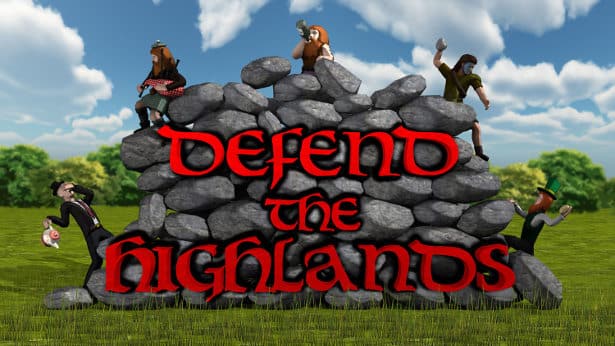 Defend the Highlands: World Tour finally gets a full release for Linux, Mac and Windows via Steam and Humble Store. The games a Scottish strategy which has not officially left Early Access. So needless to say, KISS Publishing Ltd. and Kilted Camel are eager to announce the full release.

Defend the Highlands: World Tour is the latest in a list of titles KISS has guided through Early Access. The first game for Linux to hit a full release in while. The games an interesting combination of genres. Since it mixes Tower Defence, Real Time Strategy and a whole lot of comedic stereotypes.

Therefore players will have to build defences. Recruit Scotsmen and manage their porridge stockpile. All in a mission to liberate global Scottish communities. Which means one haggis factory at a time.

In a world of growing xenophobia. Scotsmen living abroad fear for their right to practice their culture. Already, reports are emerging of foreign governments. And vigilantes shutting down the haggis factories. Once the lifeblood of local Scottish communities.

One Scotsman has the power to stand up to the world, his name is Alfredo. Command him and his kinsmen in the fight against 24 zany enemies. From gun-toting Rednecks to Kangaroo Riding Aussie Sheilas in bikinis.

So in Defend the Highlands: World Tour, players must take control of Alfredo’s band of Scotsmen. Fighting the global subjugators through a 24 level story mode. Or stage your ultimate battle in skirmish mode. Make use of traditional Scottish technology such as the Kilt-Lift-O-Matic, which provides a strong updraft for Scotsmen to descend from the Bagpipe Airship using their kilts as parachutes. Build 12 types of towers, from the traditional Scottish Porridge Cannon, to the foreign French Fondue Hose and Capture and hold oat fields to produce porridge to feed your army.

“Defend the Highlands: World Tour is a fantastic combination of tactical gameplay and pure unadulterated silliness,” Said Darryl Still, Co-Founder and CEO at KISS Publishing Ltd. “We’re extremely proud to be bringing another brilliant game to full release and to strengthen our position as the publisher to launch more games out of Early Access than any other.”

Defend the Highlands: World Tour is available now available via Steam for $9.99, £6.99, 9,99€. Plus there is a 33% discount until February 2nd. The games also available on Humble Store, at full price.