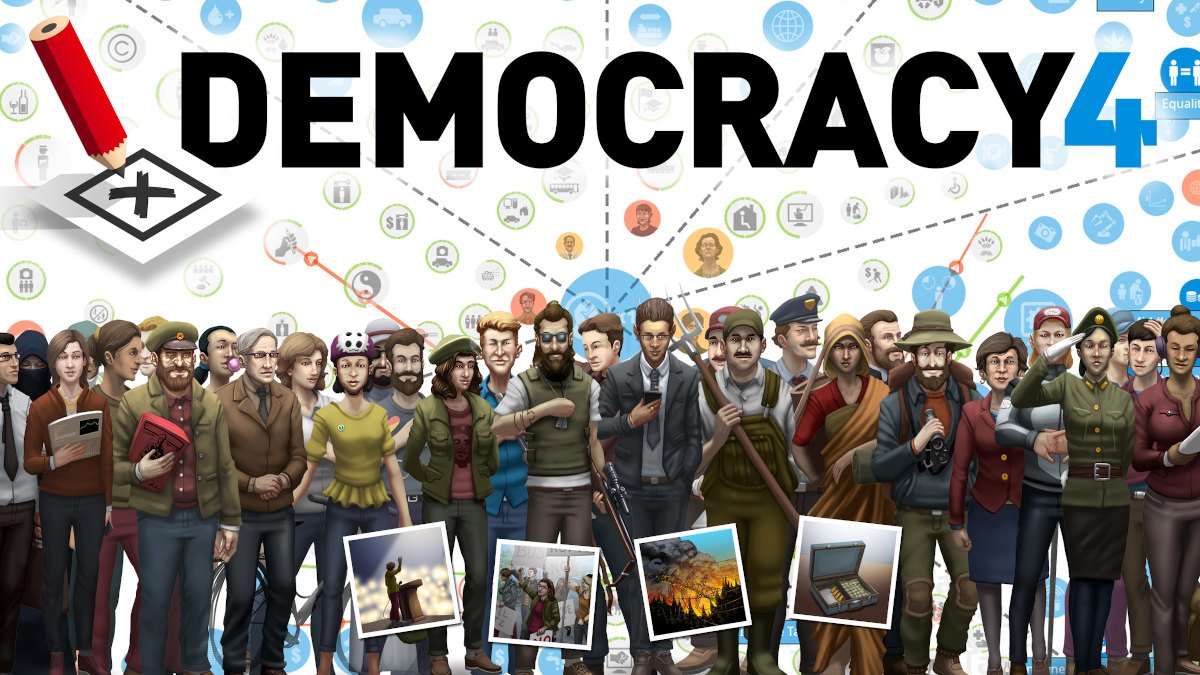 Democracy 4 the strategy sim game’s official launch is here but no support for Linux with Windows PC. According to details from Positech Games. Currently available on Steam, GOG, and Humble Store.

Democracy 4 will not offer a Linux build, sadly. According to the thread on Steam, support is not even in the scope. Positech Games sights Proton as the workaround.

It literally runs fine on linux using proton, I really don’t see what else is needed?

Linux is < 0.5% of most games sales. Given 95% of them are going to run fine under proton, there just isn’t a market for devs making Linux specifics builds, unless they are doing it purely as a hobby project. Linux just isn’t popular enough yet.

Despite that these comments took place in November 2021. By the full release, one would hope for a possible Linux build or news of such. But it seems that the smaller market share for the platforms is still depicting native support. This is sad to see for Democracy 4, since the previous Democracy 3 offered Linux. Now, the use of Proton support has come full circle to be an asset and a demise.

Democracy 4 strategy sim is like no other game. There is no 3D world, no map, no units, no weapons. It’s a turn based political simulation focused on decision making and compromises. Along with a completely unique style and user interface.

Democracy 4 was in Early Access for just over a year. Staying in pre-alpha for a good while before then. The previous game in the series was released way back in 2013. When Barack Obama was President and the UK Prime Minister was David Cameron. Pre-Brexit, Pre-Trump, Pre-Covid! As a result, coming in hot with 90% Very Positive reviews on Steam, we have a dichotomy.