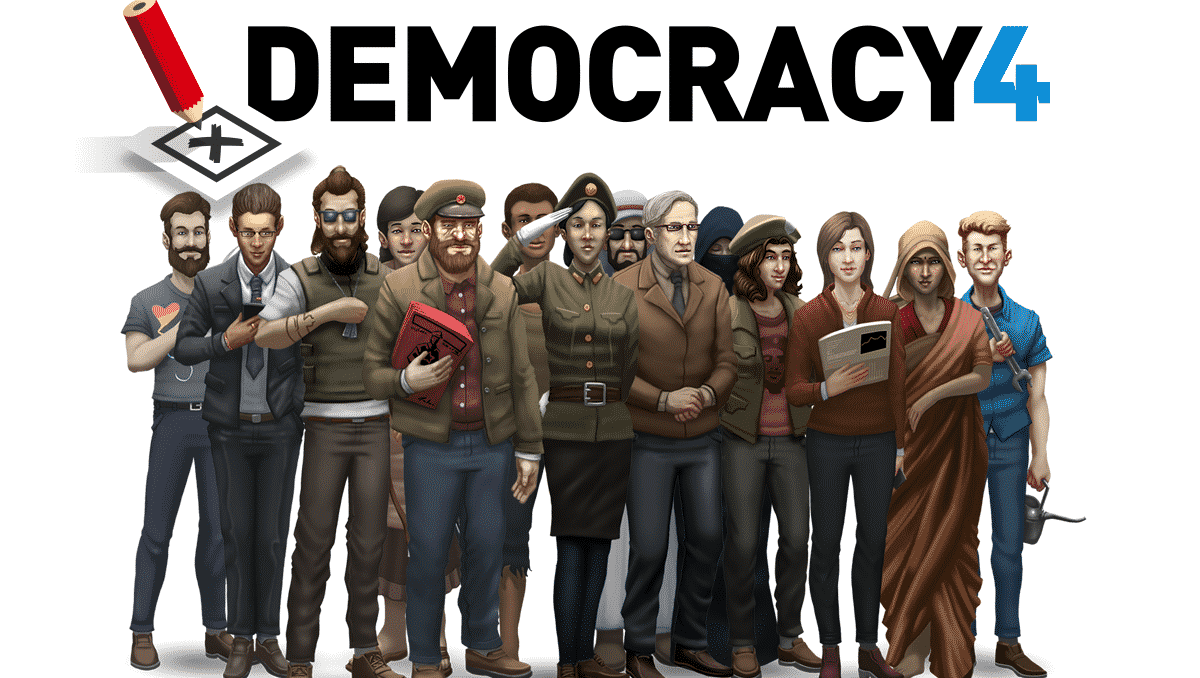 Democracy 4 just released screenshots and a developer update for Linux, Mac and Windows PC. Thanks to Positech Games. Which still does not have a Steam page.


Democracy 4 is the fourth in the series of political strategy games. Also developed and published by Positech Games. Democracy 3 is the best selling so far. As a result, has sold over 750,000 copies since its release in 2013. Which is also impressive. Seeing Positech Games is a small UK developer. Founded by ex-lionhead and elixir programmer Cliff Harris.

Democracy 4 is being developed with help from Jeff Sheen of Stargazy Studios. Who also collaborated with Positech on Democracy 3:Africa.

Just when you thought politics had become stale and boring. You know, nothing of interest to report. Here comes the sequel to the indie hit from quite a while ago (2013). Democracy 4 is releasing its first (not quite finished) screenshot. Showing the change in style and UI that players can expect. So you can get a sense of the political strategy game. Due to make a comeback shortly, but there is no set release date.

We wrote our own engine, and its already cross platform. So I suspect there will be a linux version once released, yes.

For people who have never played the original games. The user-interface is unusual. Since its just a complex connecting web of icons. 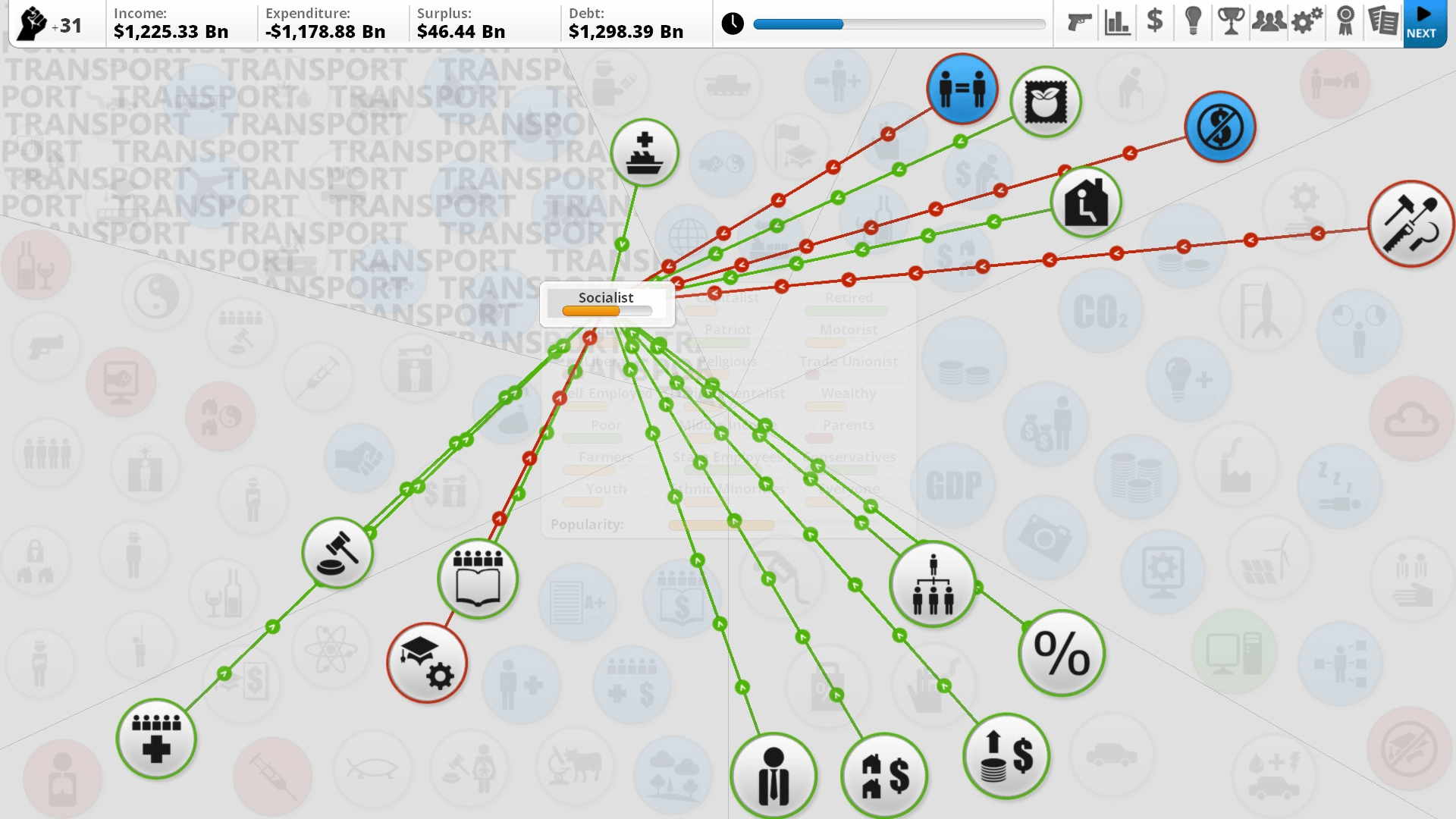 So much has changed since Democracy 3. Positech Games decided that it’s time to revisit the franchise. Since 2013 was a very different time in politics.

2013 was the year of Edward Snowden, a coup in Egypt, and War in Syria. The Chinese also landed on the moon. Likewise, ‘Thrift Shop’ by ‘Macklemore and Ryan Lewis feat. Wanz’ was the top popular music in the US. Democracy 4 is due to bring a whole new experience. 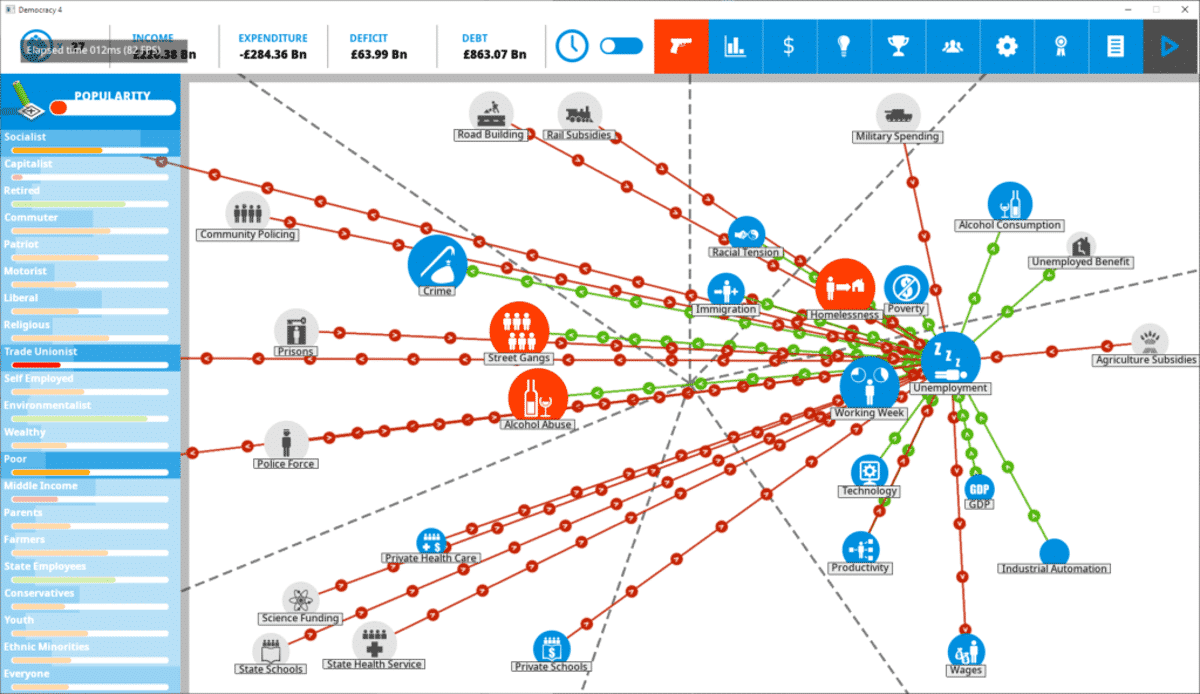 There are more details on the development of the game. Therefore, you might want to check out the positech blog post.

The Democracy 4 screenshots and a developer update is just a taste. Positech Games also confirm the target platforms are Linux, Mac, and Windows PC. The game will be available in a number of languages. Likely to include English, French, Italian, German, Portuguese, Spanish, Chinese and Russian.