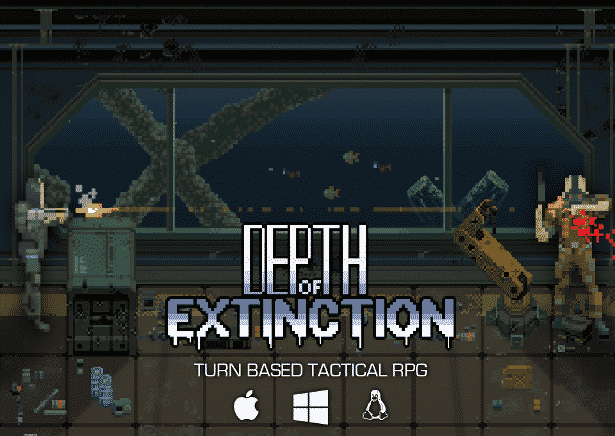 Depth of Extinction (DoE) is a tactical RPG with roguelike elements for Linux, Mac and Windows is coming to Early Access. The game features in-depth strategic gameplay and high replay value. But the best part, it’s playable now on Itch.io.

The oceans have reclaimed the Earth and you are the sole defender of humanity’s last remaining government. Besieged on all sides by an overwhelming enemy, you must build the ultimate squad and lead them to victory.

So this means you will have to level up your soldiers. Also equip them with the best gear, but be sure to keep them safe because death is permanent.

From the description alone and what we see in the trailer below. It all looks rather familiar. Not that the trailer gives it away but there seems to be an XCOM vibe. Which also has me curious. But then again, I have not played Depth of Extinction yet.

Hardware deals you want to check out

“We are pushing forward toward a mid-August “final” release on Steam (and possibly other platforms as well) and are really excited to share the last few builds with our First Access buyers on Steam!

We will continue selling keys through the end of the month of June, at which time we will disable updates to the itch.io version of the game. In July, we will begin distributing Steam keys to First Access buyers and all updates will be done there. “

This is also good news. Not that Itch is not a fine platform, but Early Access is a more consistent means of development. And the community feedback and support will be an asset to developer HOF Studios.

Personally, I am looking forward to the Early Access release on September 30th, 2018. However, if you want to get your Steam Early Access key now. You can grab Depth of Extinction now on Itch.io for Linux, Mac and Windows (including Steam key).