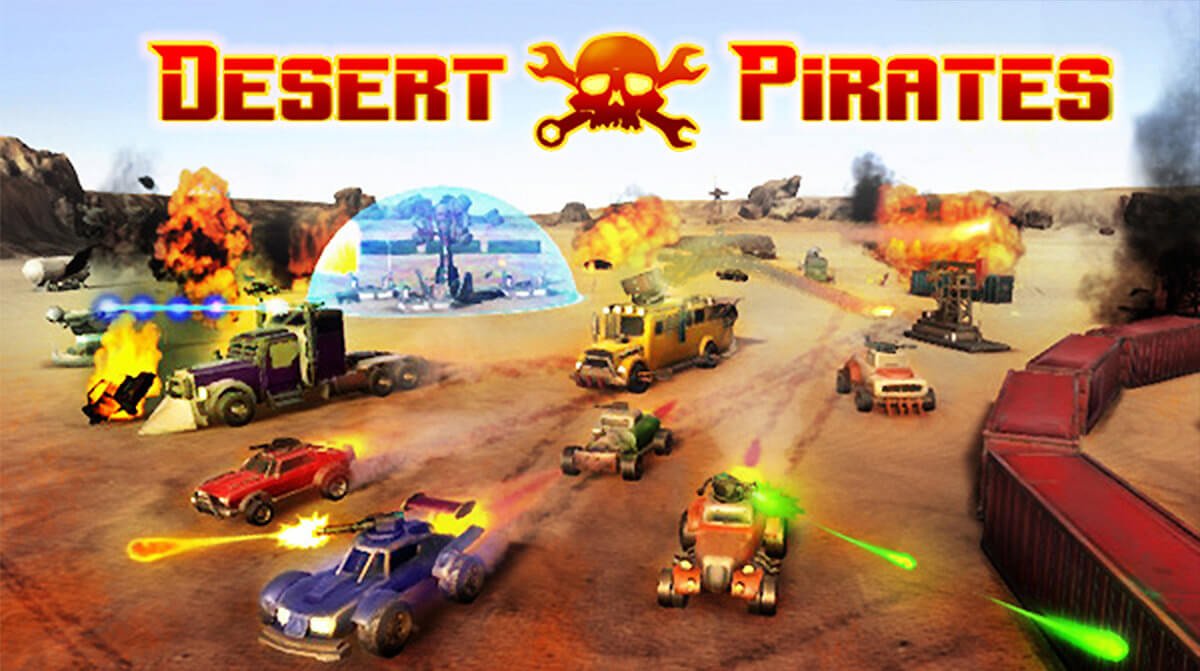 Desert Pirates driving shooter game coming 2021 to Linux and Windows PC. Thanks to developer Hernán Smicht, Esteban Pisera, and Ramon Lezcano. Due to arrive on both Steam and Itch.io.

Desert Pirates is a driving shooter game inspired by films like Mad Max, Cyborg, and Death Race. As well as spaceship roguelike games. The gameplay objective is to lead a convoy through an endless desert. While making hard choices on how to care for his followers (repair their cars, feed them). Then fighting for resources and destroying enemy settlements in order to survive. Which means driving and shooting.

However, the Desert Pirates listing on Steam only shows Windows PC. But the developer are receptive to a Linux build.

We are using Unity, so I think is very likely to have a Linux version.

The developers are looking to expand platform support. Therefore as stated, it looks like Linux port is indeed “very likely”. But there is not confirmation on a day one release. Due to arrive in 2021.

The goal of the game is to make it as far as possible, as long as you can. The further the player gets, the more cars will be unlocked from the start. So you can replay the game with a larger convoy from the beginning. Helping to get even further and discover hidden surprises.

The Desert Pirates developers took the post apocalyptic scenario idea from the movies. As well as some sci-fi concepts for the characters and vehicles. Then adding in aspects of roguelikes for more replayability. So the player can collect new cars and trying different convoy configurations every time you ride. Including permadeath, switching weapons and systems. As well as upgrades, car customization and procedurally generated areas. All in a singleplayer game experience.
And to be quite honest, it would be a pleasure if the developers added in co-op gameplay.

The Desert Pirates gameplay features are comparable to other combat car games. As a leader of a convoy, the player can give the order to “Stay together”. So that all cars will follow your trail, or to “Split”. Which means that every car goes into a search and destroy mode against enemy vehicles. Switching between these two modes can make a huge difference on your road to victory. While driving the experience of being a leader.

Desert Pirates is a driving shooter game coming 2021. Due to arrive on Linux and Windows PC. You can Wishlist the game on Steam and Itch.io. You will eventually find more info on the development blog.