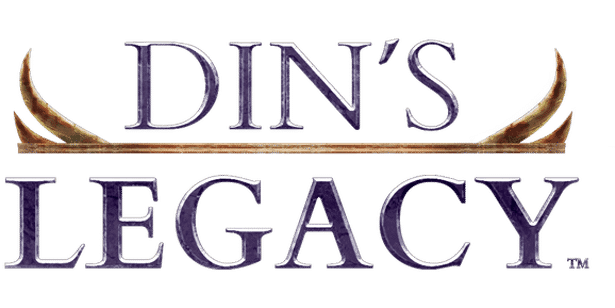 Dins Legacy is an action RPG new trailer for Linux, Mac and Windows. Coming with mutating characters, a dynamic, evolving, fantasy world. While the mechanics look quite promising.


So here’s the story. During the Orc Schism, the entire Orc race was violently split into Dark Orcs. There are Zombielords and the Mutated. The Mutated also have some Orc blood, a zombie parasite, and necromancer magic.

Therefore this makes people seriously mistrust and even fear them. The fact that they slowly mutate over time makes it even worse. So who is going to trust you when you grow horns overnight?

Despite all of this, the Mutated are actually more closely related to the Elves. Both in their behaviour and physically.
Since they are hoping to prove this to the world, this is a tremendous uphill battle. Check out the new trailer below, and turn down your speaker volume.

So first off, the mechanics in the game have my attention. They look fluid. You can also expect a similar challenging style of gameplay as previous titles. But sadly, you are not able to see stats and such in the new trailer. Well… maybe that would be too much of a spoiler, right?

Therefore, I like what Soldak is showing off. But I’m also eager to see where this exploration in gameplay will take each player. Seeing as how the trailer shows avid dodging, which is more of a Dark Souls kind of vibe. And you can also jump into co-op gameplay with friends. And maybe end up with a more tanky type of character via the progression.

Dins Legacy is scheduled to be released in the 4th quarter of 2018. However it will release when it’s done. So no official release date yet. Soldak is planning on releasing in Early Access some time in September.

For more information about Dins Legacy check out the official website.