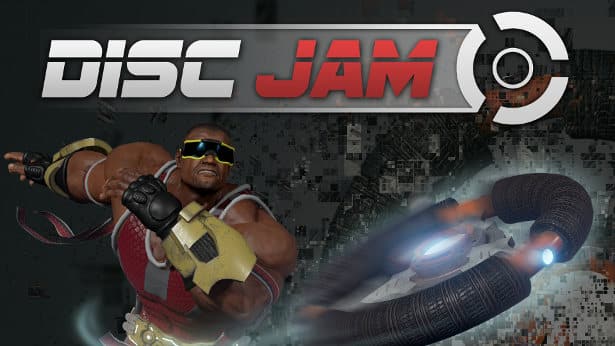 Disc Jam is a competitive multiplayer on Steam for Windows, but what about Linux support? Since the Nintendo Switch released on February 8th, we reached out High Horse Entertainment. And since the studio also releases the game’s biggest update ever, even on Windows. This seems like the best time for some Linux news.

“The game is built on a heavily customized version of UE4. Namely we’ve ripped out the UE networking stack and rolled our own. A hand tailored solution for these types of fast-paced arcade games.

Regarding the Linux port, we’ve spent some time looking into what it would take to launch on OSX and Linux. So we definitely want to hit those platforms eventually. But we don’t have any immediate plans to announce just yet.”

I do have to admit, it’s a pleasure that High Horse Entertainment is candid with the details. Most Unreal Engine 4 developers reply with something about being a small team or Linux is not in the budget. Yadda yadda. These guys are honest.

So this might not be a release notice and update for Linux. Since the team have their own networking stack to work through.
However, the idea that native Linux support is at least being considered. Let alone coming eventually. This is some good news.

Also seeing the Disc Jam reviews are solid on Steam. The likelihood of a native release seems more than just possible.

So if you are one of the rare few that configuring Wine for such games. The latest update comes with numerous bug fixes to the game’s already-tight multiplayer. While serving up two new modes and updated visuals. An even a smoother online experience.

Catering to Disc Jam’s passionate competitive community. Ranked Leagues will pit competitors against each other in heated online matches. Rising through the ranks of the Universal Federation of Disc. Gunning for the coveted Elite rank. Players have to come face-to-face with fierce opponents. While they push their skills to the max.
Put it this way. Disc Jam does for tennis what Rocket League did for soccer.

And since competition is nothing without flashy, exclusive rewards. Each Season will add brand new cosmetic items to the game’s player customization roster. So hop

Disc Jam competitive multiplayer is already available on Windows via Steam and Humble Store at $14.99 USD. As for the Linux and Mac release, there is no time frame just yet. This will be a wait and see debut.

KEO online multiplayer vehicle combat to get a port

Spacelines from the Far Out confirmed for day one