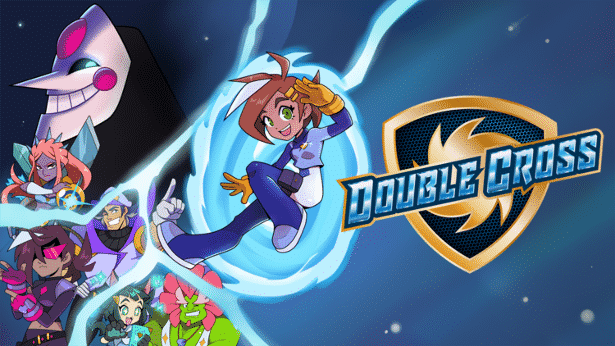 Double Cross upcoming action adventure games coming to Windows this week, but Linux is in consideration. A unique style of gameplay where players explore the diverse interdimensional worlds. Coming to Steam and Humble Store.

Aside from just talking about Linux support, Double Cross has a new trailer. 13AM Games is also the award-winner developer behind Runbow. Co-published by Graffiti Games and Headup.

PC users can also add Double Cross to their Wishlist on Steam. Then discover the goo world of Gootopia. A neon robot world of The Funderdome, and the apocalyptic dinosaur world of Reptarria.

“Double Cross uses Unity. Linux support is something we are looking into, but 13AM is a small team with a lot on their plate right now, but we’d like to do a Linux version in the future.”

Being that we hear a lot of we’re a “small team”. Unity 3D should allow the developer easily create a Linux build. And it’s clear that a native release will have happen for this weeks launch. Since this allows developer 13AM time to focus on one platform, Windows. Fixing post launch issues. And also assess sales results from launch week.

Double Cross is an exciting action adventure game. With also blasts players into a multidimensional mystery full of platforming action/adventure games. Using the unique proton sling mechanic for a variety of movements and attacks. Players must fight an array of enemies as they traverse their way across distinct universes. While working to find clues and solve various crimes.

Players take on the role of Zahra Sinclair. An agent of R.I.F.T. (Regulators of Interdimensional Frontiers and Technology) whose job it is to maintain peace and order between all dimensions. As Zahra players can also collect a rare element called Upgradium to customize their character abilities. Such as equipping Zahra with permanent fighting moves. As well as stronger attacks and other valuable skills to save the multiverse.

What’s great about Double Cross, this is more than just an action adventure. The games unique style of gameplay has the player working to manage and keep the peace between all three dimensions. You can see more of this in the developer commentary.

Double Cross launches this Thursday, January 10th. While releasing on Steam and Humble Store (Windows PC) for $19.99 USD. The games also looking into Linux support. So there is more news to come.