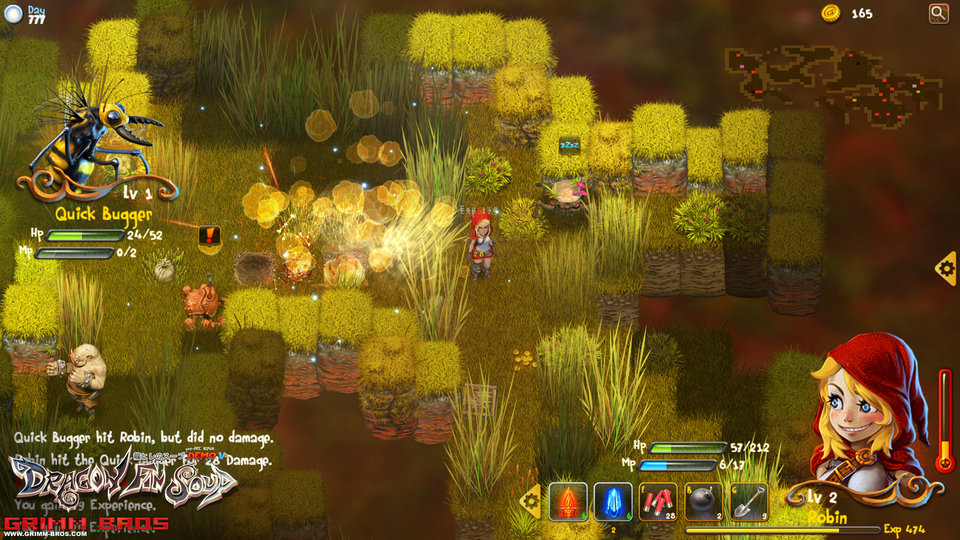 Endless Labyrinth mode features just that — an endless labyrinth packed with high-level bosses and traps that can take players out for the slightest misstep. Players can share how long they survive with their friends, competing for high scores in this arena designed to test their mettle.

Additionally, Dragon Fin Soup will be featured in Cologne, Germany, next month at Gamescom’s first-ever Indie Megabooth. The show runs from Aug. 13-17.

Dragon Fin Soup, which was funded through Kickstarter earlier this year and approved through Steam Greenlight, tells the story of Red Robin — a boisterous and alcoholic take on Little Red Riding Hood — as she fights her way through a world of dark and twisted fairy tales. Red Robin’s story is slated to launch on Linux, Mac and Windows PC. As well as PlayStation 3, PlayStation 4 and PlayStation Vita.

This is the first game from former-Human Head COO Ashe Monif and veteran League of Legends and Magic the Gathering designer Randis Albion — whose company Grimm Bros. was launched to create games that offer unusual spins on traditional fairy tales.