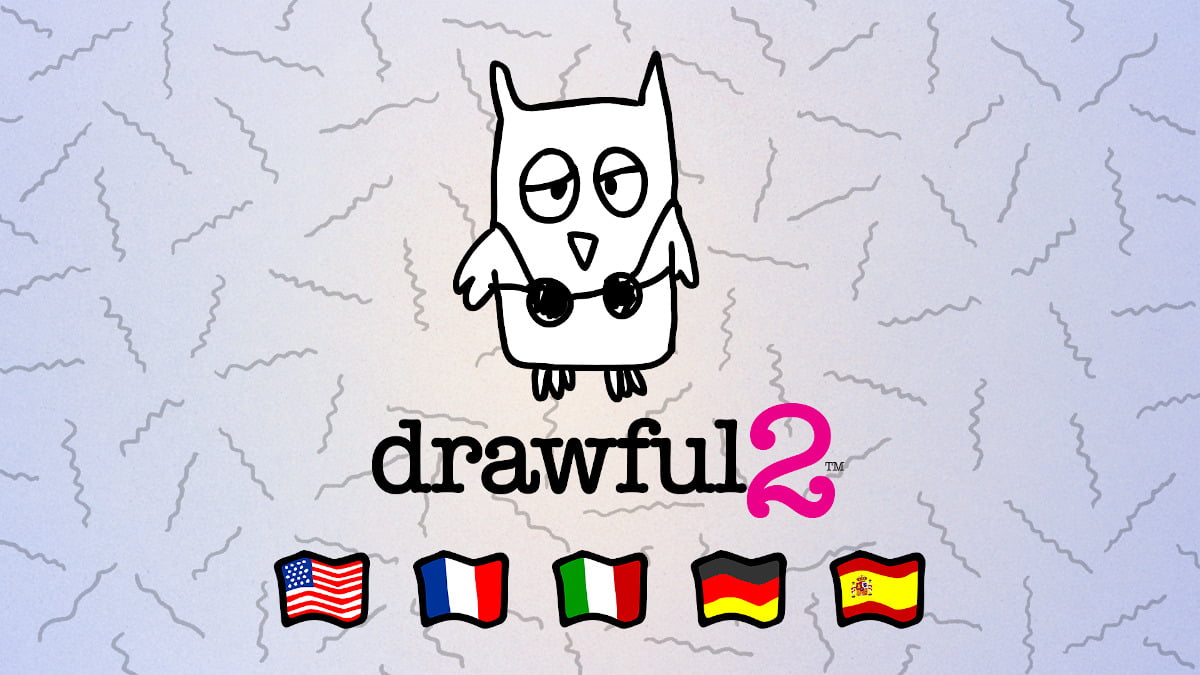 Drawful 2 party game gets an International Update in Linux gaming, Mac, and Windows PC. Thanks to the continuing efforts of developer Jackbox Games. Available on both Steam and Humble Store with 92% Very Positive reviews.

The International Update for Drawful 2, makes the game available in four more languages. So now players can now enjoy their drawing attempts in German, French, Italian, and Castilian Spanish.

Developer Jackbox Games began localising its releases. Doing so with the very cleverly named Quiplash 2 InterLASHional, being the first title just last year. Finally, even more people can show the world that they have no talent as an artist. While making everyone else laugh at their failed attempts in the process. And now they can no longer rely on the excuse that they had no idea what they should be drawing. Isn’t that amazing?!

In Drawful 2, each player receives a weird and unique prompt. Which they have to draw on their mobile device. Warning: erasing is not allowed! After each “artist” presents their work. Then everyone else anonymously submits a title that could fit this bizarre drawing. To win, players must find the correct prompt. While fooling other players into selecting their decoy answer. Bonus points are awarded to those who submit decoys that are clever or silly. Players also have the ability to create their own episode of Drawful 2 with user generated prompts. Now, telling you what to draw in your own language. This will certainly actually help you do a better job at drawing.

The International Update is available as a free digital download. Doing so for owners of Drawful 2 on Steam. The party game can be purchased for $7.99 USD, including a 20% discount on Steam. While regular price ($9.99 USD) on Humble Store. Including support in Linux gaming, Mac, and Windows PC.