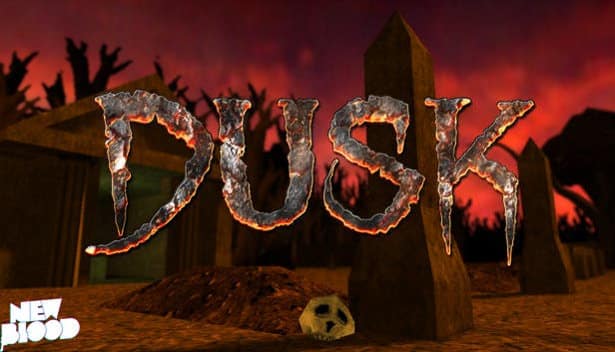 DUSK the handcrafted retro revival shooter official launch date for v1.0 on Steam is December 10th for Windows, but we also have Linux confirmation. Due note there will be a special launch price of $16.66 USD.

Currently showcasing two of the game’s three distinct campaign episodes and arena multiplayer on Steam Early Access. DUSK is a breakout hit for boutique label New Blood Interactive. Also hosting some of the highest ratings for a first person shooter on Steam. But Linux support is indeed coming in 2019.

New Blood also has an announcement that everyone who purchased DUSK before Halloween in Early Access. Will receive the 50+ page graphic novel for free. Which is interesting news, releasing after Halloween.

So gameplay has players working to survive the night against various evildoers. Since you wake up after being strung up on meat hooks in a northeastern U.S. backwoods farmhouse. Players utilize a mind-blowing amount of badass weaponry. This includes sickles, swords, crossbows, rifles, dual-wielded shotguns. Also an incredibly necessary grenade and rocket launchers.
Battle through an onslaught of mystical backwater cultists. Possessed militants and even darker forces and attempt to discover just what lurks beneath the Earth.

DUSK is also receives a Halloween update. This also adds a 3rd endless arena, new multiplayer character and Full Controller support. You can play now via Steam Early Access or through Humble Store, priced at $20.00 USD. The launch date will also bring a discount, releasing DUSK for $16.66 USD.