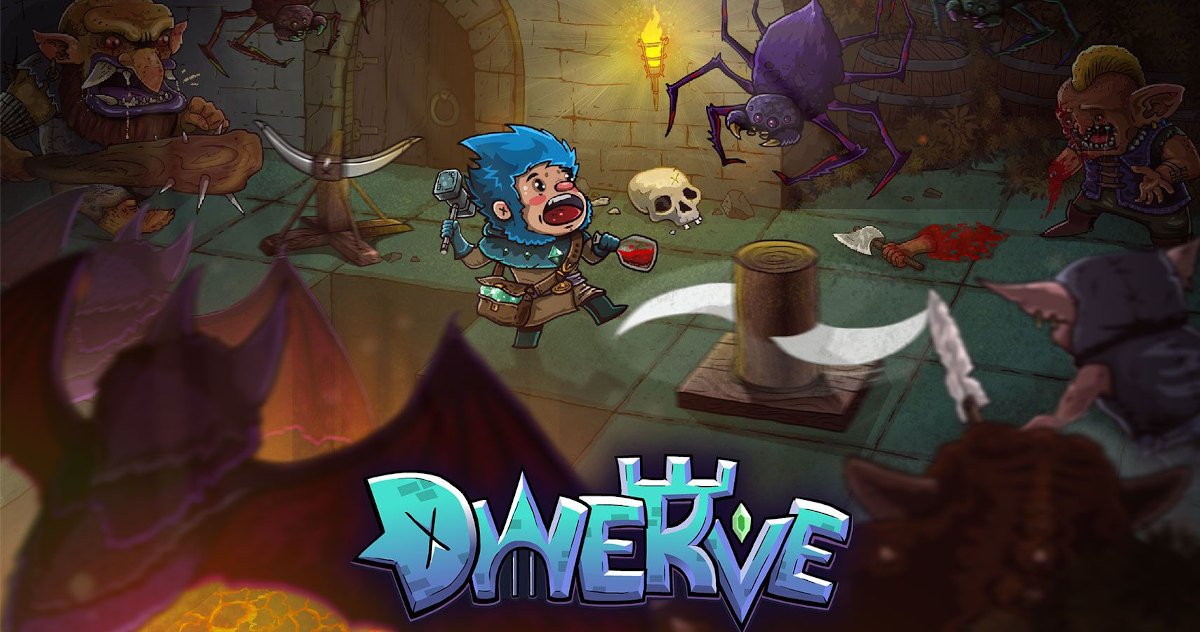 Dwerve tower defense dungeon crawler RPG game releases this May on Linux, Mac, and Windows PC. All due to the talented mind of Half Human Games. Due to release on Steam and Humble Store.

Hear ye, hear ye! Dwerve is a tower defense dungeon crawler RPG from the adventurous Half Human Games. Due to bring the journeys to players on May 31st. So they ask the community to spread the word across the land. To sate your burning eagerness for the game, behold this Dwerve release date trailer and discover this newly crafted genre.

Dwerve is a tower defense dungeon crawler RPG where you play as a young dwarf. Who is also tinkerer and adventures into a ruined kingdom. There he unearths the lost technologies of the ancient war smiths: turrets and traps. Since these are the only weapons that can protect the dwarves from Witch Queen Vandra and her army of bloodthirsty trolls. This is on top of the monstrous creature’s hellbent on ruining the surface in Dwerve.

Dwerve tower defense dungeon crawler RPG game releases on May 31st. So you don’t miss out on the turret-building troll-slaying adventure that awaits you. Be sure to Wishlist the game on Steam and Humble Store. Also, check out the Dwerve Prologue on Steam for Linux, Mac, and Windows PC.

Dwerve gets a new map and discount