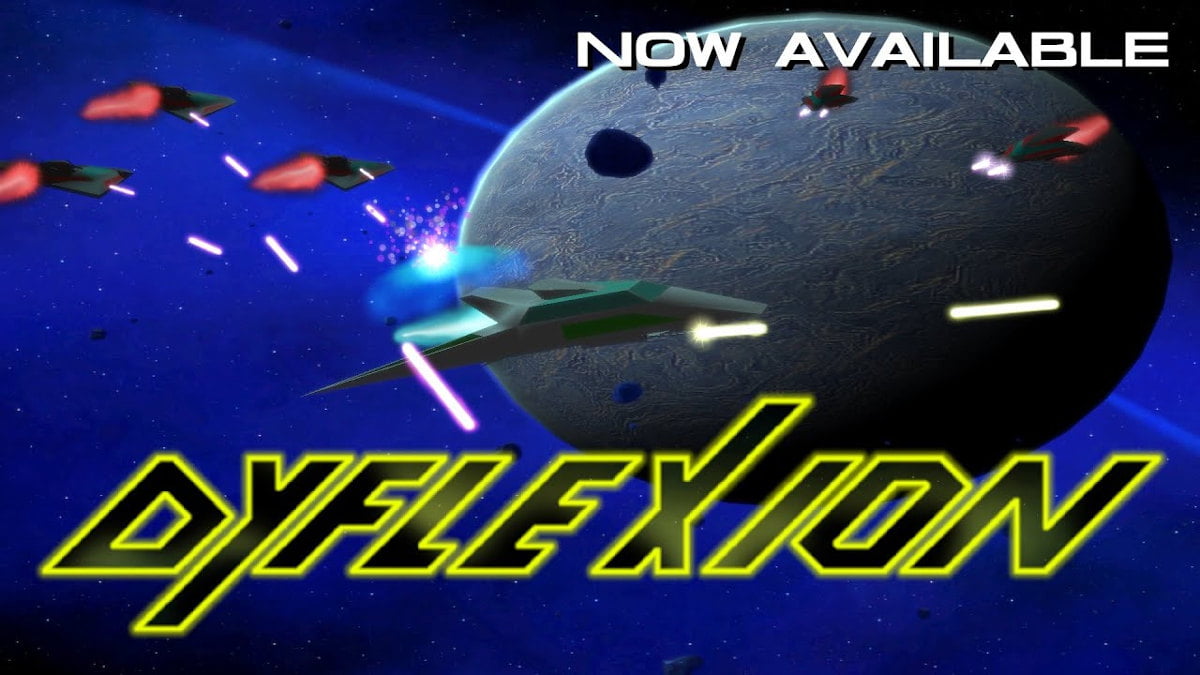 Dyflexion vertical scroll shooter game will test players across both Linux and Windows PC. Due to the efforts and creativity of developer Pisces Studios. Which is now available on both Steam and Itch.

Break the rules of traditional shoot ’em ups in this sci-fi vertical scroll shooter Dyflexion. Where deflecting enemy shots is key to success. Taking inspiration from Xevious, 1942, and Star Fox. The game also features dodging and deflecting to make your way through obstacles. Taking on epic boss battles, online leaderboards, and a tutorial level.

In Dyflexion you will journey through space to save Earth from evil. Which are inter-dimensional beings and their anunnaki serpents in this sci-fi vertical scroll shooter. Since deflecting enemy shots is key to success. Destroy your enemies with upgradable lasers, targeting torpedoes, and area of explosion cannons. Or simply deflect their own shots. Also get help with power-ups, upgrades, and tips. Exchange your score for ammo, life, and upgrades, or vice versa in the armory. Play the survival mini-game that takes you through endless waves of bullet-hell. All while you work to get the best scores with the online leaderboards.

While in a future remote age of the human race. Your purpose here is dire for evil inter-dimensional beings who disguise themselves as the Galactic Federation of Light. The evil ones have taken over Earth and have degraded all that walk upon it. They have also named themselves God. So, your mission as captain of the most refined ship in the universe is to free Earth. However, this will not be easy.

Dyflexion vertical scroll shooter is available on Steam and Itch. The price including the 15% launch discount is $12.74 USD / £9.68 / 10,61€. Along with support for both Linux and Windows PC.