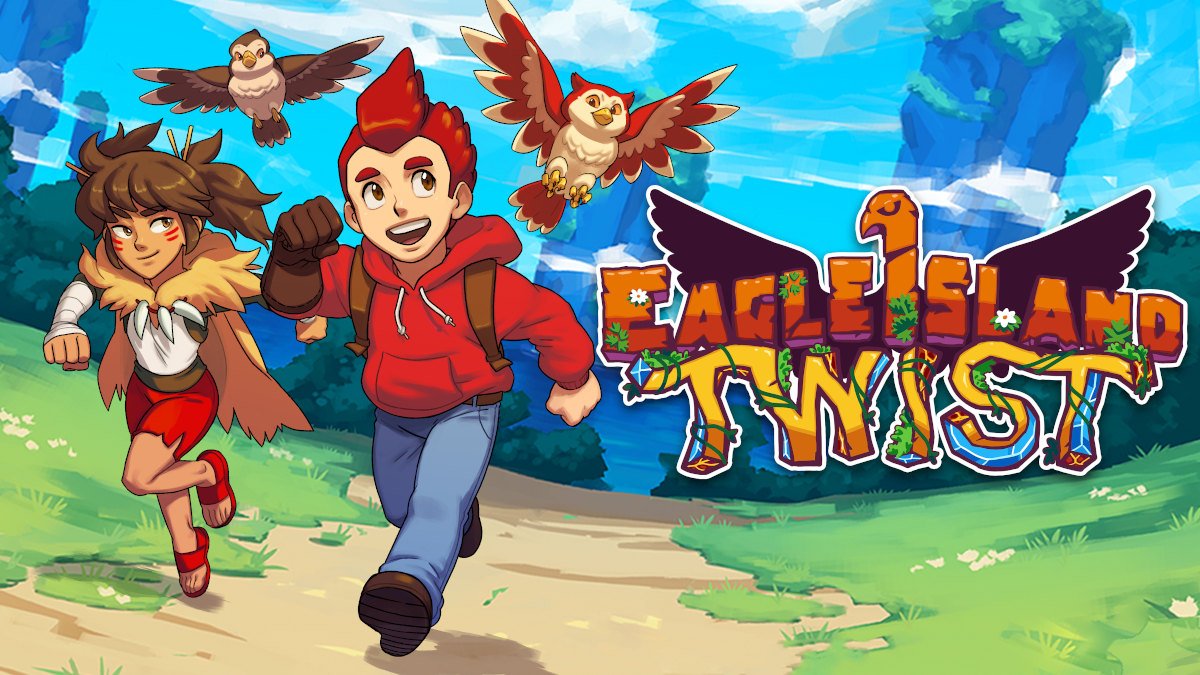 Eagle Island Twist action packed adventure has a release date of May 28th via Linux gaming, Mac, and Windows PC. Thanks to the continuing efforts of developer Pixelnicks. All due to make its way onto Steam.

Pixelnicks are eager to announce the May 28, 2021 release date for Eagle Island Twist. So players can dart across Eagle Island as Fia. All while using your fowl friend Kusako like a missile and restore peace. This action packed adventure features crisp pixel art and dynamic stage mechanics. Plus it also offers retro style platforming with an aerial twist. The game is so new it only has a Steam announcement.

With 16-bit pixelated charm, tight controls, and 2D-side scrolling. Eagle Island Twist is an expression of games past. But the game also embraces modern touches like lighting and screen effects. Along with deeply layered backgrounds. Plus, with accessibility and modding options. This is an experience all ages and skill sets will enjoy.

Eagle Island Twist contains 45 all new handcrafted stages. While offering single-player pick up and play action. Each with bold changes in design and power-ups. Explore a retro style world map and forge your path to journey’s end. Battle fauna and flora with a falconer’s precision. Work your way through tough platforming and defeat 12 huge bosses. It’s all coming in Eagle Island Twist.

Purchase of Eagle Island Twist includes original roguelite challenge, Eagle Island. While you explore the avian world of Eagle Island (75% Mostly Positive reviews) alongside Quill and his loyal owl, Koji. So you can rescue Koji’s sibling Ichiro from the Guardian Eagle, Armaura.

One of the most highly expected roguelite games of 2019. The award winning Eagle Island celebrates and innovates the platforming genre. Offering up 16 procedurally generated dungeons. Also, falconry inspired gameplay mechanics, and accessibility options. Choose between story or rogue mode. Mixing and matching 85 abilities to mix your game up.

Eagle Island Twist action packed adventure has a release date of May 28th. Due to make its way into Linux gaming, Mac, and Windows PC. Due to be priced at $12.99 USD on Steam.

CHAPTER IV: SACRED FEATHERS is next