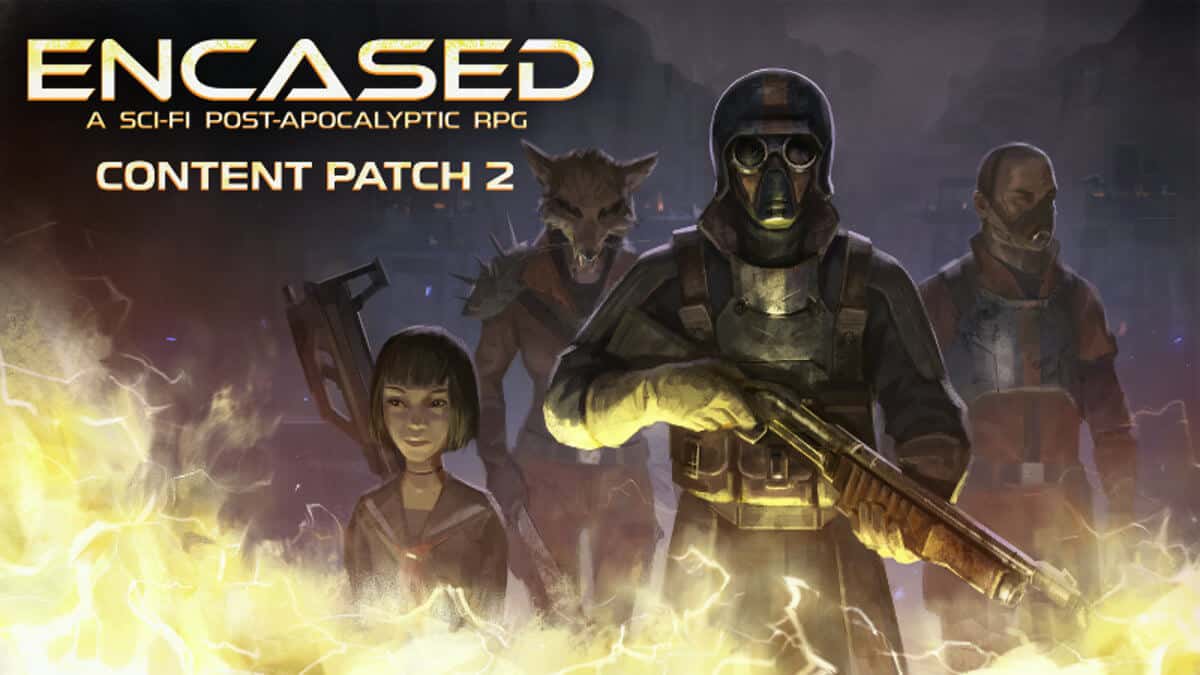 Encased isometric RPG game still has support planned for Linux beside Windows PC. According to recent feedback from the developer Dark Crystal Games. And for an Early Access game, the reviews are still Very Positive. Which is available on Humble Store, GOG and Steam.


Encased just received the second massive update. Still, in Early Access, the isometric RPG will be released later this year. The game now has a day and night cycle, new locations, and additional quests. And also new characters and a mysterious companion with the fox mask. Likewise, there is an update to the combat system. Becoming far more spectacular thanks to redesigned balance and new weapons. The uncertainty of the playthroughs will increase. This is all thanks to new dialogue choices. Which is the result of an expanded skill system and additional encounters.

All these changes in Encased had us inquiring about Linux support. Since it’s been a few months since the Early Access release.

Linux support is still planned. It’ll probably be around the full release of the game.

Encased was due to release in “Approximately nine months.” But that being said, the campaign is roughly 30% completed as of March. Which will leave the Linux release to sometime a bit later. That being said, the game is in active development. While developer Dark Crystal is working to keep to their Kickstarter commitments. But the game is certainly playable via Proton.

6 Main Things You Should Know About Encased Content Patch 2

Developers Dark Crystal have significantly redesigned locations. Now they have not only a new visual design. But also new characters with additional quests, items, riddles and puzzles. Players can expect new random encounters, combat skirmishes against raiders and treasure hunts.

The second Encased content patch will bring day and night cycle. Not only the lighting of locations. But also the behavior of some characters and available quests. Which all depends on the time of day. Wastelands that are sunny can now sink into darkness. While Slums at night seem even more frightening.

New companion, the Fox, can’t wait to meet players. It’s a female raider with split personality. The hero will have to face her in the arena. And if you win, the Fox will join the party.

What lurks beneath the Encased wastelands?

In addition, developers have a significant redesign to the combat system. They not only fixed the balance, but also added new abilities, combat effects and perks. New weapons appeared: mines, grenades and a cryolaser. New weapon abilities have also part of the game.

Isometric RPG Encased set in a post-apocalyptic and sci-fi world. Releasing in Early Access in September 2019. Receiving very positive feedback from players on Steam. At the start of Early Access, developers shared a roadmap for the project. In December 2019 the first content patch was released. It included a new prologue and an opportunity to recruit a companion on your journey.

Dark Crystal Games studio has been working on the game for about two years. During this time the game had a successful Kickstarter campaign. While the full release of Encased is scheduled for Autumn 2020. Currently available with a 20% discount ($23.99 USD) on Humble Store. And full price on both GOG and Steam.