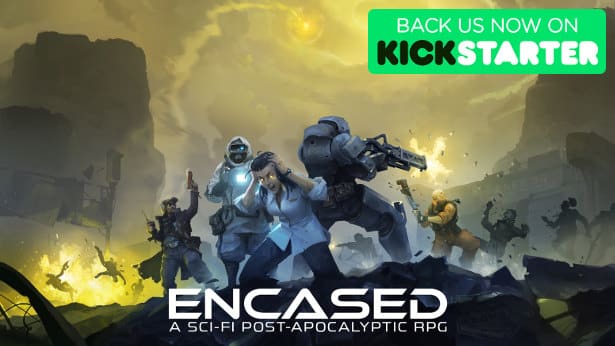 Encased the new sci-fi RPG from ex-Larian Studios hits Kickstarter funding goal for Linux, Mac and Windows. Since the developers are proud to reach the $100,000 funding goal. We are sharing the great news.

So now that funding is secure, the will allow Dark Crystal Games to expand the development team. And also add new content to the game.

With 6 days remaining until the end of the campaign. The team announces stretch goals that will help to expand the game that much further:

Also, learn more about the new stretch goals in the latest update on Kickstarter. Encased the sci fi RPG estimated release for Linux, Mac and Windows is April 2019. So back the project now, since funding ends on Tuesday, October 16 2018 1:02 PM EDT.