ENCODYA point n click releases a free demo in Linux, Mac and Windows PC games. Thanks to developer Chaosmonger Studio for the planned debut. Which is also built in Unity 3D. So it plays deliciously well.


ENCODYA is inspired by the humour and game style of Monkey Island. While taking place in a Blade Runner like setting. Including the sweetness and creativity of Studio Ghibli. With all those elements to create a game. Which is also enjoyable at all ages. Check it out on Itch.io. 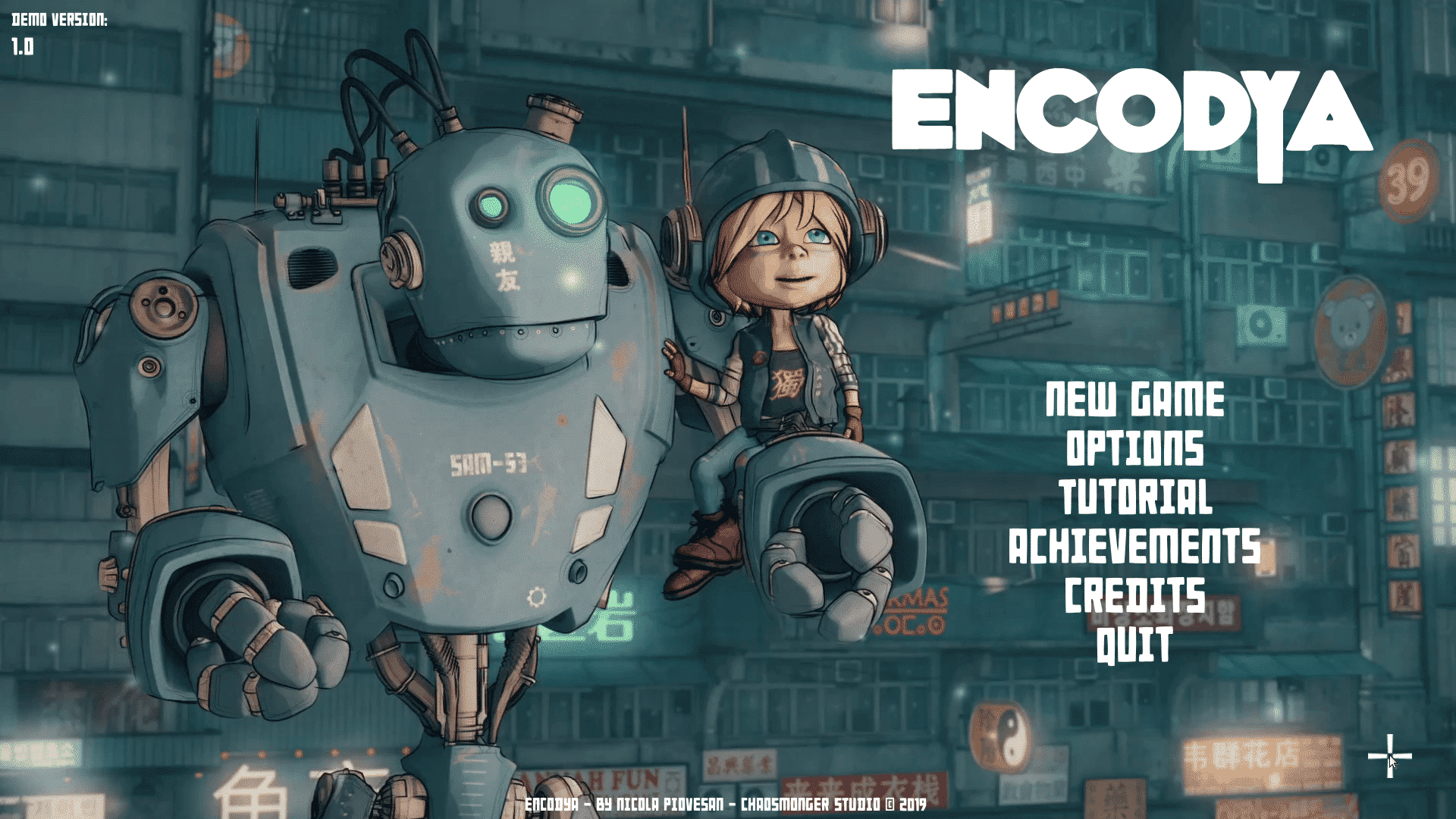 Gameplay follows the adventures of the little orphan Tina. And also her big clumsy guardian robot SAM-53. The two are on a mission that can change the dark world they live in, forever.

The ENCODYA story in the demo takes place the night before their adventure. Hence the simple and yet tricky task to find a fly bus ticket to get home. With 1 hour gameplay and 4 hidden secrets. There also 8 characters to talk with. Including 6 very detailed scenes. The ENCODYA demo offers a large preview of what the full game can be.

The game mechanic is the one of classic point n click games. Since you use the mouse cursor to walk around. Then explore a scene, interact with the items. And also talk with the characters.
Furthermore, the developer introduces some randomization elements. Making each game unique and the objects interactions very intuitive. For example you can collect some liquid substance. Doing so using either an empty bottle or a mug. And in each ENCODYA game only one of them will be available.

ENCODYA demo releases DRM-free for everyone to try. Since the game has support for Linux, Mac and Windows PC. Check it out for Free on Itch.io.