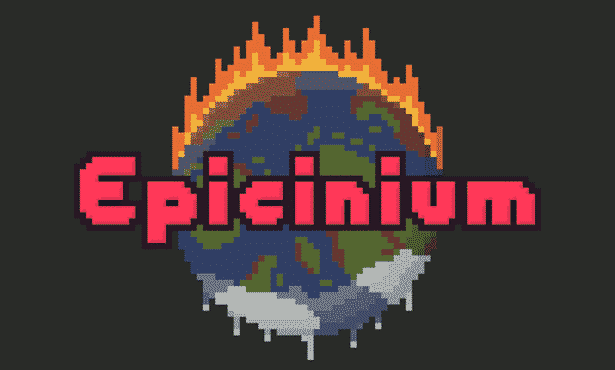 Epicinium is a strategy game for Linux, Mac and Windows. Coming to Kickstarter, the campaign release date is November the 1st. Gameplay that comes with fast, simultaneous turns that drastically reduce downtime.

Players in Epicinium will balance firepower and resources. Since winner is based on how much nature remains when the dust settles. The environment influences economic growth and troops. Since neglecting it may cause severe weather effects.

So combat destroys grass, crops and trees. The environment gets trampled as tanks drive towards your opponent to level their cities. Industry accelerates global warming to ludicrous levels. Also causing more destruction the longer the game goes on.
Since this makes for a challenging end game. Trying to let the forest and environment survive while dominating the enemy is a task.

Since Epicinium is currently in closed beta. The beta version offers a work-in-progress look at the multiplayer portion of the game.
So to qualify for access, join the Discord community. There, you can also follow the progress, find other players and have a chat with the developers.

Epicinium is in development by A Bunch of Hacks, an indie gamedev co-op comprised of Daan Mulder and Sander in ‘t Veld.

The game is being developed for Linux, Mac and Windows. With the Kickstarter, we will break the last stretch of development that includes building the campaign. Also perfecting the multiplayer and making the game even easier to read. The campaign launches on November the 1st.

So in the mean time, those interested in Epicinium can jump on the Discord. While the Kickstarter campaign is coming on November 1st, supporting Linux, Mac and Windows.