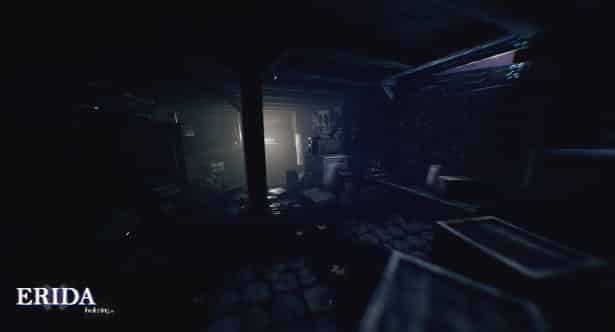 Since we are a fan of all things thrill seeking. Erida is a horror mystery coming to Linux, Mac and Windows. Since the games development uses Unity 3D. Hence developer CreepyOctopus expects to release with day-one support as well. Which we expect to see on Steam, yet there is no catalogue page yet, just a video.

Yes the game is being developed in Unity3D and is expected to release later this year (2017), the game will be released on Windows, Linux, Mac at the same time.

So at this time, the developers do not have a Steam page. But we will have day one support. Yet CreepyOctopus do outline that things could change. Given the games bug fixes and such.

So gameplay has players finding themselves in the woods. While setting out to explore an abandoned mansion. Since you as the player read about the mysterious disappearance in an online forum. A family of 4 in 1930 gone missing. And while the mansion is only about n hours’ drive away. Taking a few pictures and just walking around couldn’t hurt, right? Check out the video below.

The Story of horror mystery Erida:

So the year is 1931. A family of 4 living happily on their large piece of land in their big mansion. Which is relatively deep in the woods near a thriving small mountain village. The family consisted of: Mary and Jan Jansen (the mother and father), and their son and daughter: Tim And Erida. Jan was a successful archaeologist and Mary a renowned physicist. Mary started working from home when the kids were born. But Jan still always on his travels in search of the next illusive artifact. Mary also seems to be homeschooling the kids.

The people in the nearby village loved the Jansen’s. Since they supported the town in every way they could. Were it by helping to improve the small hospital and school by giving large donations, or just helping the local bakery out of a jam by lending some money. The people were grateful, but they almost never saw the Jansen’s in town, as they rarely left their secluded home. So they decided to do something to give back to the family in their own way, by organizing a celebration in the town square in their name. This became a yearly thing, and Mary and Jan always attended the party.

But the last time the Jansen’s never came to the party which was strange, because they expected the invitation and they held true to their word before. The towns people tried calling them, but the line was dead. Which is not very uncommon at the time. Since the phone line cables hang from large poles through the forest. So a fallen branch or animal could easily damage the cables. Nevertheless, 2 townsfolk decided to check up on the family. Driving up they discover that the power to the house was also cut. And yet the entire family no vanishing into thin air. The car still in the driveway and nothing taken. So they weren’t just on vacation. They were just gone.

Since Erida horror mystery is still in development. CreepyOctopus are working on the games debut for Linux, Mac and Windows. Yet there is not set release date or Steam page. But the video looks good, so stay tuned.