The Escapists 2 is the creation of former roofer, Chris Davis. Since the games release is now available on Steam and Humble Store. Launching on Linux, Mac and Windows.
Hence the solo indie developer of Mouldy Toof Studios. Chris originally developed The Escapists in Multimedia Fusion. Since this is a program which he was originally included on the cover disk of a magazine he bought as a child. Davis took to Kickstarter with The Escapists back in 2013, where it successfully raised just over £7000. While being successfully greenlit by the Steam community with 96 hours. Gaining the attention of Team17’s CEO, Debbie Bestwick MBE. The Escapists joined Team17’s games label in February 2014. Hence Team17 going on to help co-develop the game, recreating The Escapists from scratch in Unity. Due to being able able to bring the game to a wider audience on Linux, Mac and Windows.

Since its initial launch in 2015, The Escapists celebrates over 4 million downloads. Yet now the combined forces of Mouldy Toof Studios and Team17 are back. This time with the fully-fledged sequel releases on Steam and Humble. The Escapists 2 introduces many fan requested features. Such as the addition of local and online multiplayer for up to four players. Which is a first for the series.

The Escapists 2 is now available on Steam and Humble Store and PC, Mac and Linux. Yet the games releases also coming to the Nintendo Switch at a later date.

The Escapists to receive a new Free map next week for Linux, Mac and Windows PC 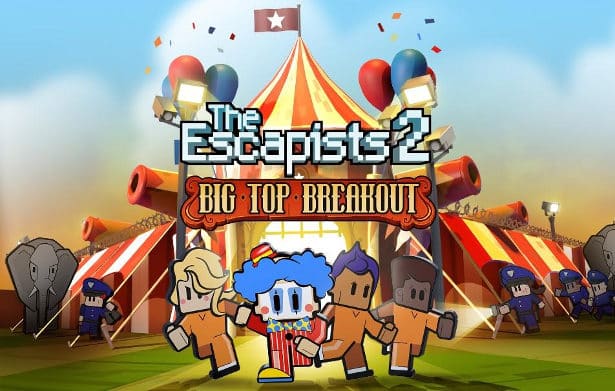