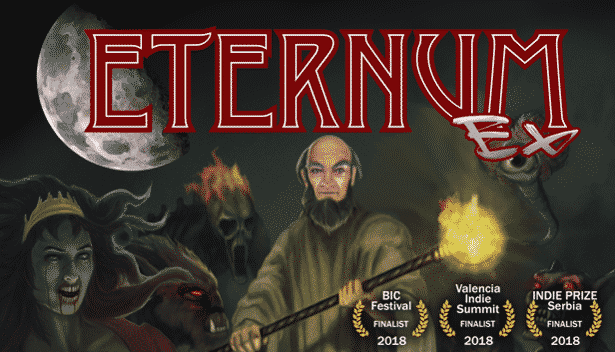 Eternum Ex is a retro platformer for Linux, Mac and Windows releasing October 25th on Steam. The games coming with the look and feel of the ’80s arcade cabinet games.

The wait has already come to an end. Eternum Ex will be among us this Thursday October 25th. Nintendo Switch and Steam Games are the launching platforms of this game. Also jointly developed by Flynn’s Arcade and Radin Games, and proudly published by Zerouno Games.

Eternum Ex is a 16-bit Pixel Art game which references are 80s’ action platforms like Ghosts’ n Goblins, Baluba-louk no Denetsu or Bomb Jack. At launch, the game will be available at a price of $12.99 USD. Which only seems to be on Steam. While a launch week discount is undisclosed so far.

Sir Arthur has gotten old… too old. He has lost everything he had and loved. So with nothing more to lose he leaves for Samarnath. Hence the evil subterranean kingdom in search of treasures and adventures. But the most important: five magical orbs that together provide: The Eternal youth.

Thus, Eternum Ex becomes the second published title by Zerouno Games in this year 2018. And third since it started in 2017, activity that will continue in 2018/2019 season. With Bleep Bloop, Micro Pico Racers and Coffee Crisis and the third chapter. Also closing one of the saga, Baobabs Mausoleum Ep.3. So this is still just the beginning…