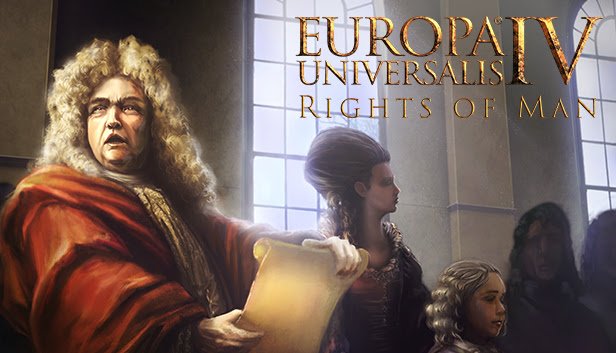 Paradox Interactive and Paradox Development Studio announced that Rights of Man, the #latest major expansion to #EuropaUniversalisIV, set to release on October 11th, is now available for pre-order at the Paradox Store.

In one of the most expansive updates ever, Rights of Man introduces Great Power politics, more personality for your monarchs and a ton of other changes to religion, governments and economy. In this new video developer diary, Johan Andersson, the Creative Director of the Europa Universalis series, goes through the major changes you will see.

EU4 Rights of Man also adds a little more character to your monarchs, as they acquire traits that will give bonuses (or penalties) to your country, and affect how rival nations approach you. Beware the conqueror next door, but be nice to the generous king across the river – he may have some gold to spare in your time of need.

Other features coming in Rights of Man include:

Like Paradox Development Studio’s other expansions, Rights of Man will be accompanied by a major free update for everyone who owns Europa Universalis IV.