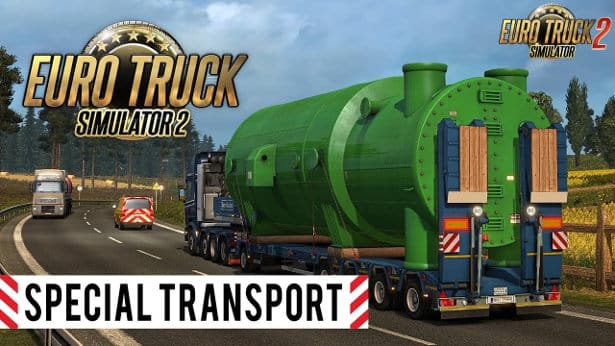 Euro Truck Simulator 2 has a new DLC called Special Transport for Linux, Mac and Windows via Steam. The games new DLC reviews are Overwhelmingly Positive. So if you are a fan, this is a solid yet affordable new content.

Only the most skilled and also experienced truck drivers are called upon. Since this is for those Special Transport jobs. The new DLC will also challenge players. Since you get to experience super-sized cargoes. So this in both length and width exceeding standard cargo regulations.

Also, driving through tight passages requires millimeter-precision maneuvering. Since the routes will be the security of two escort vehicles. They will also guide the driver through the transport job. From its start to the place of delivery. The player also has to obey the escort vehicles. Taking advice and a carefully watch of every inch of the road. Delivering the cargo in pristine condition.

Personally, that has to be a long awaited DLC for Euro Truck Simulator 2. It just makes sense. And I want to play the new content.