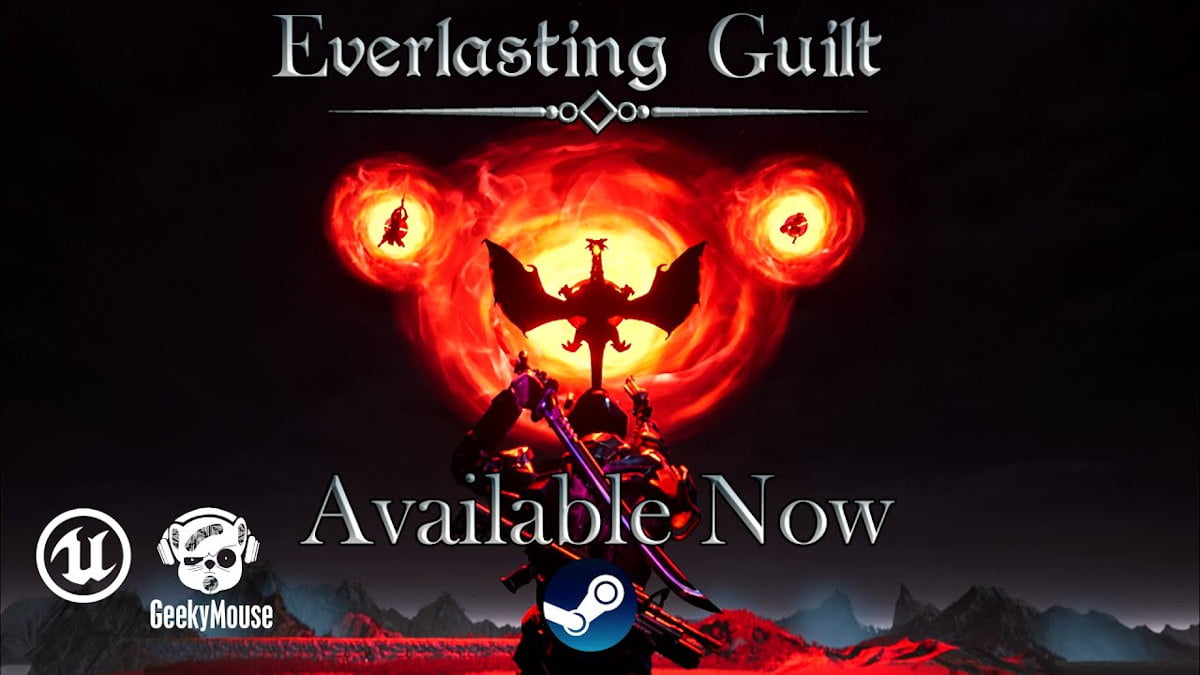 Everlasting Guilt first person shooter games due to get support for Linux with Windows PC. Thanks to details from developer Geeky Mouse. Currently available on Steam Early Access.

Everlasting Guilt is first person shooter action game. One that offers a great sense of progression. One that also offers a heavy focus on boss fights and trials. Since each boss fight has its own arena, with a certain arrange of unique abilities. And as a result, there are different ways to take it down. All bosses differ from each other, and each has its own trick. So you will have to learn what it is in order to be able to defeat it.
So now that you know why Everlasting Guilt gets attention. Reaching out to developer Geeky Mouse, there are also plans to offer Linux support, in the future.

The game is being developed using UE4, and Yes, I’m planning to port the game to Linux in the future.

Since early access is due to last roughly a year to two years. The developer has their hands full in maintaining and developing the Windows PC build. They also note that the games Linux port will not be coming anytime soon. Since there is mainly one developer working on the game at this time. So there is plenty of work in progress, a Linux port is something planned for the future of this game.

Everlasting Guilt gameplay offers FPS elements alongside action adventure. So that players can expect a different kind of single-player experience. From the lore, the game offers, to the deep combat mechanics, and the learning curve. Everlasting Guilt brings a skill tree for players to go through to enhance their experience. The adventure takes place in a fantasy setting, the entire game revolving around boss fights. While collecting clues and powers to further explore the story behind this ominous world.

In Everlasting Guilt, players will experience fast paced combat. One that is also highly rewarding. They will face a ranges of challenges and must be prepared with the proper skills, and gear. The games priced at $14.99 USD, but offers a 30% discount until July 19th, on Steam Early Access. Should you want to try the Windows PC with Proton. But due note, the release for the first person shooter games Linux build is TBD.