Hamburg-based indie developer ROCKFISH Games just released the DLC. While the EVERSPACE – Encounters is now available for for $9.99 USD on Steam and GOG.com. The games first expansion is now playable on Linux, Mac and Windows. We held off posting news until we could personally confirm the working build.

So the popular roguelike space shooter adds over 10 hours of extra gameplay. Also featuring a new player ship and a plethora of new weapons, devices and consumables. As well as new kinds of locations and space stations. Which introduce new gameplay mechanics to the overall game experience. This DLC is available as part of the EVERSPACE Ultimate Edition. Which also includes the core game, the original soundtrack, and the art book. All at a bundle discount of 25% or $37.49 USD respectively.

Space pilots can look forward to flying the Colonial Sentinel. Which handles similarly to the Interceptor with its mid-class engine and average maneuverability. But with impressively sophisticated electronic warfare capabilities. The Sentinel comes with its exclusive and powerful Shield ST. While featuring twice the capacity of the standard model. What makes this fighter stand out in the Colonial Fleet? The exclusive EMP Generator to stun enemies and its perks. Since this allows players to fast-hack security doors, comm hubs and jump suppressors. As well as for adding a fourth modding slot to any device or primary weapon. Also, pilots can choose from five special skins for any of the player ships.

Furthermore, this expansion features several new weapons, devices, and consumables. Available across most ship classes. The Lightning Gun deals damage that arcs to nearby enemies. While the Neutron Cannon devastates enemies with increasing area damage and bigger projectiles the longer it is charged. Seeker Missile Battery aims to please pilots who want to barrage multiple foes at once with explosives. And the Plasma Thrower does not make any false promises either. Creating a massive spurt of plasma which deals a ton of damage over time.

Examples of useful new devices include the Emergency Shield. Which comes in handy when the player’s hull integrity is gone The Decoy Generator which is perfect for fooling enemies. And it is always good to have a Damage Converter equipped. Converting a percentage of incoming damage into some very useful extra energy.

At the all-new factory space stations, players can take advantage of special on-the-fly services. Like refining and converting resources. Minor ship repairs at no charge. Even upgrading their ship’s capabilities for the current run. Therefore, players will be able to pay the Okkar Homeworld a visit. Where new ways await to “interact” with this predominant alien race.

As the name of the expansion indicates. Space pilots will encounter new types of enemies. New story characters featuring individual questlines across Linux, Mac and Windows. A robot bounty hunter who rails against his fate. Because he would rather create than destroy. Also an alien scientist who sends the player on a hunt for space creatures. All in exchange of some sophisticated high-tech gear.

Thanks to the roguelike core game loop in EVERSPACE. All players will bump into them sooner or later. Without having to finish the main story first. Those who have already beaten the entire game? You can find fresh motivation to jump back into the games adventures. Discovering what these characters are up to and unveil further secrets in the galaxy.

EVERSPACE – Encounters is fully available on both Steam and GOG.com. Playable across Linux, Mac and Windows. 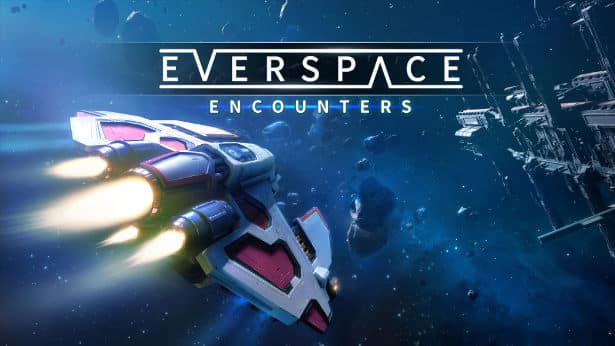