Since ROCKFISH Games’ are working diligently on the #fullrelease. Hence the #roguelike Unreal Engine 4 based space #shooter EVERSPACE will leave Early Access gaming on May 26. Therefore Version 1.0 will add full VR support for HTC Vive and Oculus Rift, but no Linux support. Which was supposed to take place back in October.

So back in 2015, ROCKFISH Games raised €420,252 from 10,739 backers via Kickstarter. Therefore EVERSPACE made news being the most funded video game on Kickstarter out of Germany. While combining funding with the continued crowdfunding on the official website of the game. Hence the roguelike went on to raise over €670,000. From more than 17,000 backers.

Now that brings us into the press day. While we are all looking forward to the Linux release. It seems gamers will have to wait a bit longer due to an issue revolving around the NVIDIA driver. Hence this bit of gaming news is published on Kickstarter. Yet we also received this direct explanation from ROCKFISH Games:

“Unfortunately, we won’t be having a Linux version ready for full release. Although we expected to run into problems, we thought that Unreal Engine would make our life a whole lot easier and time spent on the port would be closer to the time spent on the Mac version. We ran into some serious graphics issues on Linux, the biggest one being related to NVIDIA graphic cards. The problem was confirmed on their end and we are waiting for a new driver update that fixes the issue. In the meantime we are working on the other remaining issues and should the driver update not hit soon we will be able to use a workaround with reduced graphics that was thankfully provided by one of the dedicated Linux users on the Steam forums. So please stay tuned!”

So a couple more added features for EVERSPACE. The long-awaited fully voice-acted story featuring missions are in v1.0. Featuring cinematic flashbacks and cut scenes. Yet the campaign has an all-new boss fight staged in the completely revamped final sector. Since this marks some epic changes, we can expect that Linux release to stellar.

Since it’s time to wet your appetite. There is a brand-new teaser trailer for you above. This demonstrates the beauty of the EVERSPACE procedurally-generated levels. While including intense space combat action at 60 fps slow-motion.

Since the initial Early Access release in September 2016. ROCKFISH Games has been working closely with the community to improve EVERSPACE gaming. While creating a unique experience and with four major updates. And now with more than 500 additions, tweaks, and fixes in total. And after the last update (v0.7). Recent positive reviews on Steam dipped above the 90% mark. While currently holding an 87%.

EVERSPACE is available now on Early Access and GOG for Windows PC. And hopefully we will see a Linux gaming release by the May 26 launch. More news coming soon.

Also, ROCKFISH send a shout out to All Walls Must Fall. Since Inbetween Games in another talented German indie team, based in Berlin. Hence their successfully funded campaign on Kickstarter. 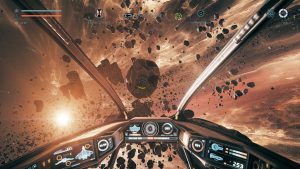 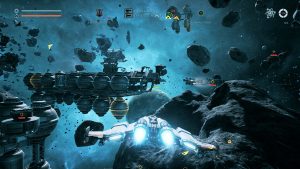 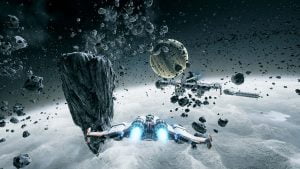