Developed using #UnrealEngine4 to achieve the blend of vast space environments to highly detailed ships and spectacular particle effects, along with a “non-linear story.” These features were more than enough to excite the community into raising more than the project’s initial $255,000 goal, with the campaign ending in just over $475,000. Check out the details for Everspace on Kickstarter for a more in-depth look at what developers Rockfish Games are expecting to achieve. 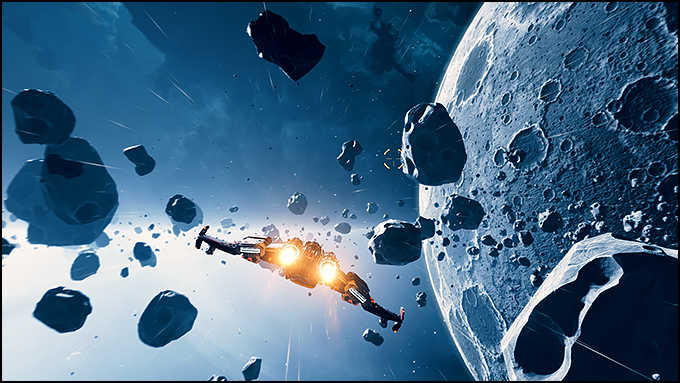 Space is a dangerous place and so are most of the encounters. Even though some beings will employ the player on special missions or sell useful equipment, the majority of NPCs will try to kill you in a variety of ways:

During a run you can craft weapons, ammunition and devices that improve stats or offer whole new gameplay possibilities. Crafting is easy: you will need a blueprint and required resources and you are good to go:

Originally Everspace was to be released on PC through Steam, with virtual reality capabilities and visuals to make the game more breathtaking. While in the last 48 hours of the campaign, the Linux and Mac stretch goal was unlocked, expanding platform support along with various extra features. This was a rather risky way to offer support, however this also means the developers are now able to provide the game in a vast array of languages.

The successful campaign means that Everspace will be more than a concept soon, with an Alpha set to release in March 2016. And if you still want to back Rockfish Games, the same pledge tiers are now offered on the official website.