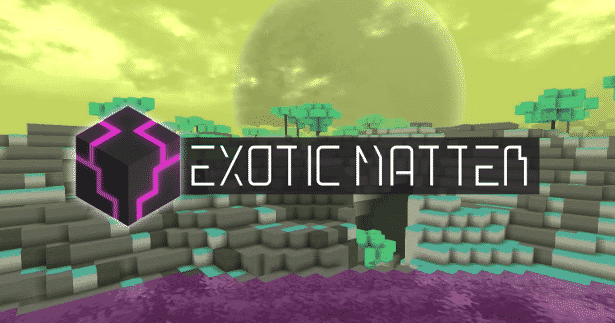 Exotic Matter is now has an updated public alpha and will be launching on Steam in Early Access Q2 2018. Which is also a full-fledged voxel engine. This enables players to create their items/weapons/blocks and even planet types.

So In Exotic Matter, players will find themselves shipwrecked on an alien planet. While light-years away from earth and your primary mission, survive. But you will can also freely explore the open-world. The planet Xcylin, taking players deep into the roguelike underground facilities.
Also an extinct race. So players have to fight the Thanatos and craft their way back home. All while saving themselves and the entire human race.

“BrightLocker is the perfect place for us to get more in touch with the fans of our game. Not only does it provide us with the means to give out early builds of Exotic Matter. But it also helps us to get our fans more involved in the development process.” – Florian Frankenberger, Lead Developer, Moebiusgames

Exotic Matter is a single-player open-world voxel roleplaying game for Linux and Windows. Featuring a strong storyline on a full planetary simulation. While players explore the roguelike underground facilities.
Exotic Matter also comes with a unique facility generation system, ensuring original gameplay. So no two missions ever play the same. And it’s a fully moddable engine. This allows for exploration of countless other planets. Since these are custom creations of the community.

The trailer alone looks interesting. Which also seems somewhat similar in concept to Astoneer. Having to explore, mind and build items.