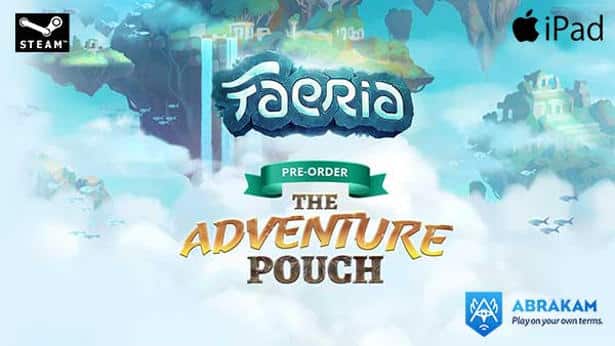 In gaming news, following the official release of Faeria last week on Linux, Mac and Windows PC. So developer #Abrakam is proud to reveal the #firstexpansion for their living board and online #cardbattler. The first step along a new road of continued support for the game. Therefore Adventure Pouch will release this Summer adding game changing content to the world of Faeria. Including a new co-op campaign, time limited co-op boss battles, brand new cosmetics and epic daily challenges. So from March 15th until May 9th, players can pre-order the Adventure Pouch at a discounted price. Which additionally offers exclusive rewards including instant access to 6 new cards. While also available now as part of the core collectible set, and exclusive Adventurer’s Card Back cosmetic.

Therefore, over the next months, Abrakam will steadily reveal further gaming news. Hence new content that will be available for free to the Adventure Pouch. Hence they are new tiers to unlock through the ongoing ‘War Effort’ community challenge. So players will be able to unlock these new reveals by collecting gold in Faeria during the pre-order period.

So those who pre-order from March 15th to May 9th. Will also gain instant access to six new cards that have been added to the core set. Hence the exclusive Adventure Pouch card pack and entry to be in with a chance of winning an Alienware laptop. After May the Adventure Pouch will be available to purchase for a limited time only making this the first of many collectable expansions.

“We have such an amazing community, we couldn’t have made the game without them and seeing such growth right after launch has been amazing” said Abrakam’s Emilien Eloy. “This Adventure Pouch pre-ordering campaign is a way for us to demonstrate just how committed we are to supporting the community over the coming years, as well as a way to reward early-adopters with these awesome perks!”

Step up your play time in the Faeria multiplayer now as every piece of gold awarded in-game goes towards the War Effort to unlock new and exciting rewards. Pre-order the Adventure Pouch now on the official website for Linux.