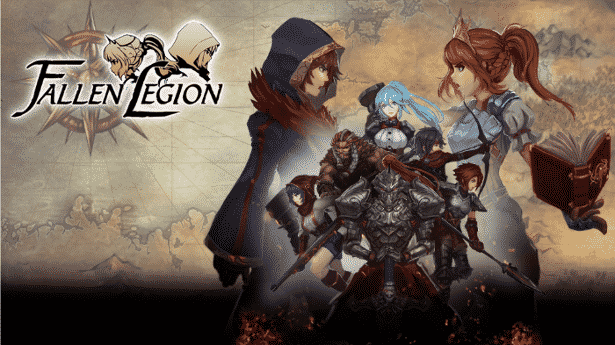 Fallen Legion+ releases on Steam and Humble Store for Windows, but no Linux. The games development uses Unity 3D. So if a side-scrolling RPG with a JRPG style to it is your thing. Now would be time to cast some Tux love. Since the Fallen Legion+ developer says it’s possible.

“We’re release for PC at launch. We’ll see if we can add Linux and Mac versions afterwards.”

So now is the time to share the Tux love. Hopefully we see a Linux release. Seeing how Unity 3D is the game engine of choice.
Also, the games actually quite good. And personally the style of gameplay is intriguing. No spoilers, but it’s worth a buy.

Players will have to Embark on a personal journey. Accompanied by Princess Cecille and an enigmatic talking grimoire. All to restore glory to your crumbling home in Fallen Legion: Sins of an Empire. See the toils of war from the other perspective in Fallen Legion: Flames of Rebellion. Where you’ll travel through a ravaged continent with Legatus Laendur. While rallying support to reclaim what the empire has taken from you.

Explore gorgeous, hand-drawn lands, inhabited by rival forces. Also ferocious dragons. Since you have to fight enemy hordes with a team of living weapons. Master devastating combo attacks. All while you defeat bosses with the Fallen Legion+ deep combat system.
Also, between battles you will need to rule your empire. Making difficult decisions and witnessing the consequences of your choices. Will you blackmail a prince to gain power? Or tax a starving village to revive one of your characters? Get ready to make split-second decisions. Control your empire and experience how they impact the story. So expect something different.

Fallen Legion+ is available now on Steam and Humble Store. Including a 20% discount January 12th on Windows. Here’s hoping we see as Linux release.