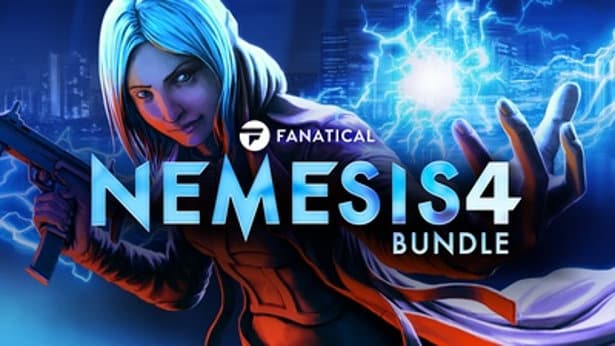 Since it’s time again to get that wallet out for Fanatical Nemesis Bundle 4. Fanatical launches the eagerly anticipated sequel to one of its best-selling game franchises, Nemesis. And there are some interesting games available for Linux, Ubuntu, Mac and Windows in the mix.

So, starting from just $1, the new Fanatical Nemesis Bundle 4 is packed with up to 14 incredible Steam games. While eight games are in a bundle for the very first time.
Also, the Fanatical discount is more than 95%. So you’ll shave up to $230 off the normal retail price. Personally I like those odds of these deals.

Also, discover the incredible line-up. They boasting an 85% average Steam user rating across all three tiers. So top picks include the beautiful, ingenious murder mystery The Sexy Brutale (Windows). The outstanding Dex (Linux, Ubuntu, Mac and Windows). Since this is the Blade Runner-inspired action, platformer and RPG. Also a visually gorgeous first-person adventure, Valley (Linux, Ubuntu, Mac and Windows). STASIS, a nerve-jangling survival horror game (Mac and Windows). The games set on a spacecraft. Which guaranteed to require at least one underwear change during play.

Each bundled game comes supplied as an official Steam key for Windows. While nine of the 14 games also run on Mac. And five games are Linux compatible.

Don’t miss out on one of the best Steam game bundles of 2017. The Fanatical Nemesis Bundle 4 is only on sale until December 12th, 2017. Which is exclusively available in Fanatical deals.

The full bundle line-up is:

All of the games in Tier 1, PLUS

Fanatical offers over 4,500 PC games officially sourced from more than 750 publishers. As well as over 2.5 million fans across social media channels. And their store has a 5 out of 5 reputation for customer service on consumer review service Trustpilot.